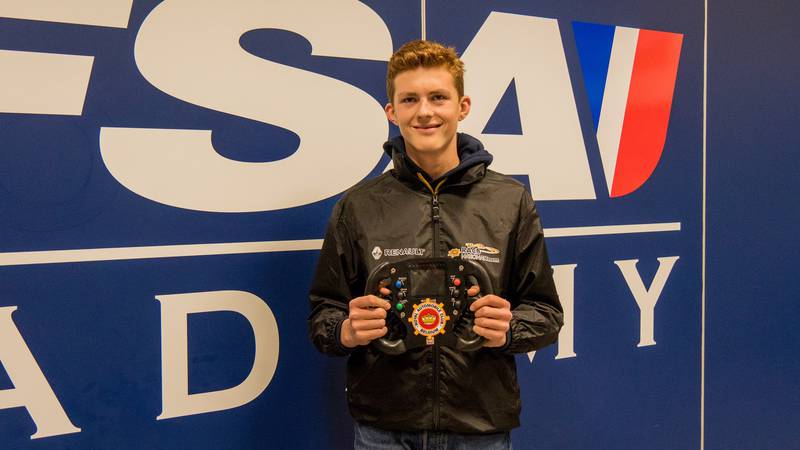 The 16-year-old De Pauw landed a place on the Royal Automobile Club of Belgium’s National Team programme after an assessment at Le Mans against five other finalists behind the wheel of the Mygale F4 cars that will be used in the French series from 2018.

He earns a season in French F4 next season, just as McLaren Formula 1 racer Vandoorne did in 2010 after winning the same award, with the backing of Renault Belgium-Luxembourg.

In karts, De Pauw came third in the WSK Super Master Series at junior level in both 2015 and 2016, was 10th in the world championship last year at senior level.

This year, he was third in both the WSK Super Masters Series and the Champions Cup in OK, as well as being champion of Belgium and third in the world final in the X30 Super category.

Among the other drivers selected for the Le Mans assessment were Gilles Magnus, the 2016 French F4 and 2017 Formula Renault NEC runner-up, and Ugo de Wilde, who scored podiums in the final two rounds of this year’s French F4 series.

Also taking part were Esteban Muth – second on the road in this year’s world championship before a penalty – Nygel Verhaeren and Tristan Foldesi.