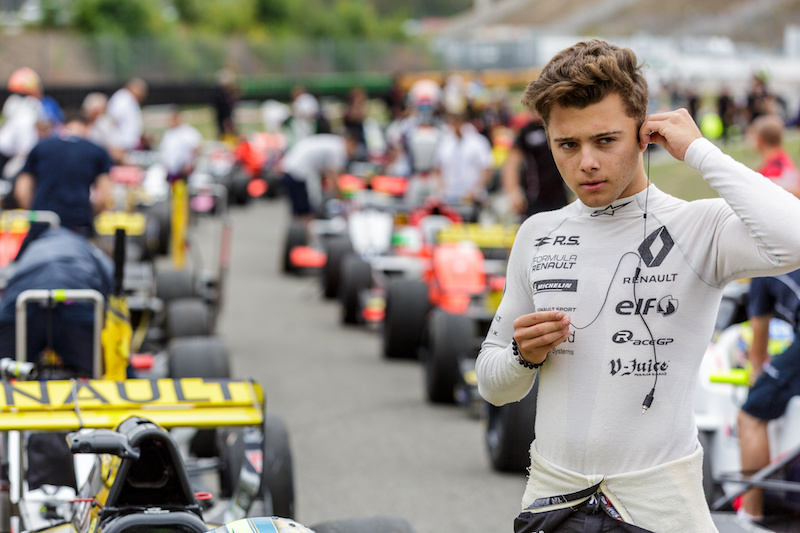 Max Fewtrell was fastest in Friday practice ahead of the final round of the Formula Renault Eurocup at Barcelona, which he heads into as the championship leader.

R-ace GP driver Fewtrell posted the day’s best time of a 1m42.095s towards the end of the first session, which he topped by 0.274 seconds over JD Motorsport driver Lorenzo Colombo.

Fewtrell’s championship rivals Yife Ye and Christian Lundgaard – who are 20.5 and 36.5 points respectively behind the Briton – were fifth and sixth.

Lundgaard went on to top the slower second session with a lap of 1m43.383s with Colombo again second, but just 0.04s away.

Fewtrell was seventh, two places ahead of Ye.

The second session was red-flagged with six minutes to go after Freek Schothorst crashed at the fast Turn 9 right-hander, damaging both the front and rear of his car.

Lundgaard will take ‘more risk than normal’ in deciding Eurocup round