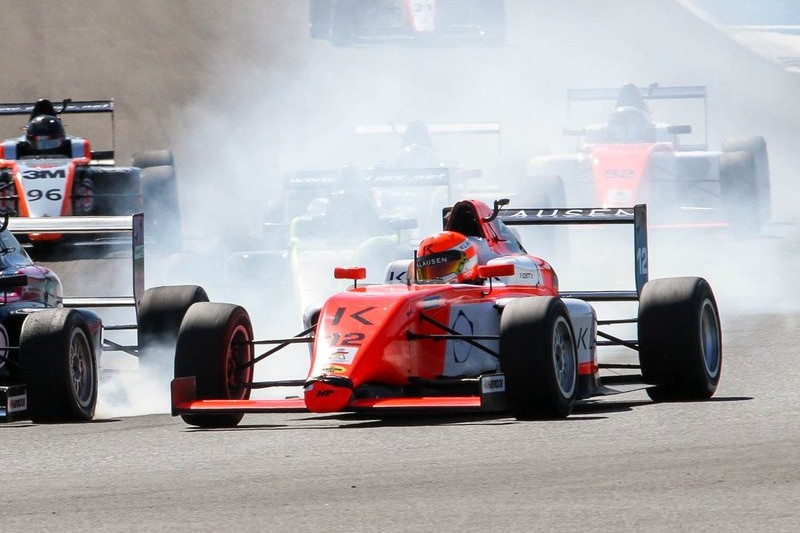 Patrik Schott, currently fifth in the Spanish Formula 4 championship with MP Motorsport, will join Drivex School for the final two races of the season.

?I’m looking forward to this race weekend as a good opportunity to learn new things and I’m already focused on this round,” said the Swiss driver. “The goal is to improve the whole weekend and gain experience in F3 racing.?

He joins Lukas Dunner and Javier Gonzalez at Drivex, the latter of whom made his debut last time out at Jerez and is ineligible to score points.

RP Motorsport, winner of the drivers’ and teams’ titles, will continue to run champion Felipe Drugovich and fellow Brazilian Guilherme Samaia, and will field three other cars.

Frederick, who got a top five finish on his Monza debut, replaces Christian Hahn, while ADAC F4 rookie champion David Schumacher retains the seat he held at Jerez and Alessandro Bracalente, the 2018?F2000 Italian Trophy champion makes his EF Open debut. Bracalente drives a Dallara F312 in Italy’s libre-style national championship, and this is his first foray into international Formula 3.

At Campos Racing, Petru Florescu will be replaced by American karter Brad Benavides. The 17-year-old finished fourth in the KZ2 Class of the?WSK Champions Cup this year, and is one of North America’s top karters.