Lundgaard will take ‘more risk than normal’ in deciding Eurocup round 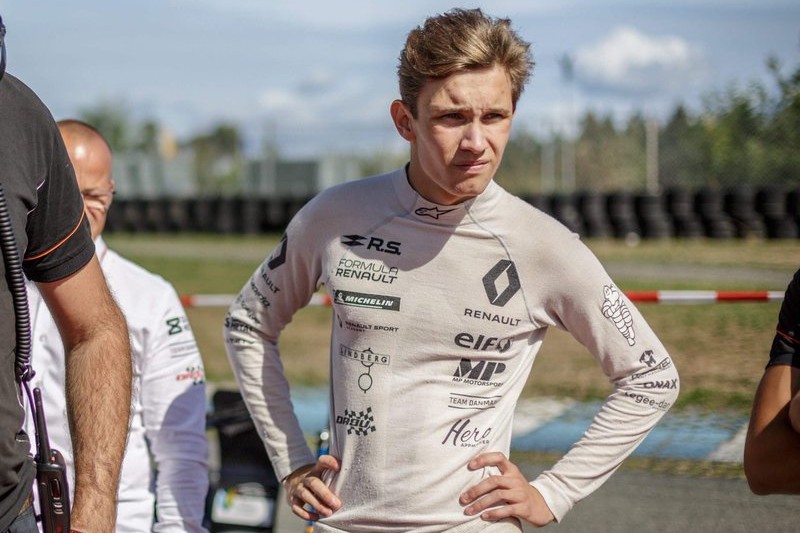 Christian Lundgaard will go into the final Eurocup Formula Renault round at Barcelona with ‘a bit more risk than normal’ as he attempts to win the 2018 title.

Renault Sport Academy member Lundgaard led the Eurocup standings heading into the penultimate round at Hockenheim, but two retirements has now put him down in third, 36.5 points behind fellow Renault junior and R-ace GP driver Max Fewtrell.

“I don?t really have too much to lose, so of course there will be a bit more risk than normal,” Lundgaard told Formula Scout.

“Because this is the last round, I can win a lot more than we can lose, so of course I’ll go more all in than I normally do. I know I have the pace. We were struggling a bit in the first practice, we tried some different things and they didn?t work.

“We tried some new things in FP2 which was a lot better on the used tyres. Ended up having purple and purple on new. Then the crash and red flag, which stopped the session. It would?ve been nice to see all of the times for new tyres as well, but we will see tomorrow in qualifying.”

Lundgaard won the Spanish Formula 4 championship last year with MP Motorsport, but the Barcelona weekend was his worst of the season. He’s also raced for MP this year, and hopes for stronger results on his second visit to the circuit.

“We seem to be struggling in some corners, but the rest seems quite good. Struggling a bit with the brake bias and the balance of the car, but I think when we get that fixed everything will be more natural and I?ll get more used to the car.”

For the last two seasons Lundgaard has been supported by Renault, and he expects that to continue into 2019 regardless of the title outcome.

“It’s only good news from what I?ve heard. Nothing negative, so that [Renault support] seems to be quite sorted for next year.”