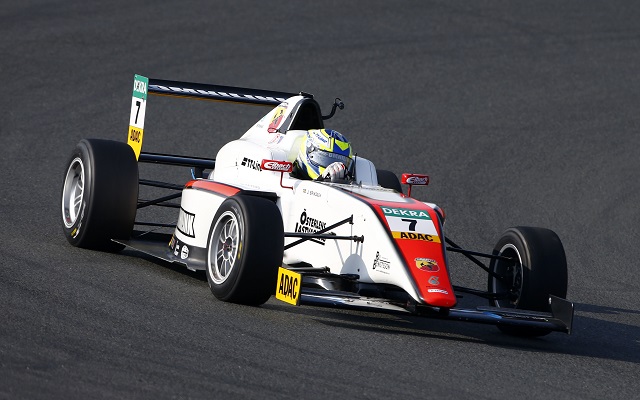 Joel?Eriksson took his sixth ADAC F4 victory of the season in race one at Oschersleben.

The Swede was easily into the lead from second on the grid as pole-sitter Janneau Esmeijer missed his spot while lining up for the start, which caused an extra formation flag and forced him to start from the pitlane.

Although it was Michael Waldherr slotting into third after the start following stalls from Joseph Mawson and David Beckmann, he could not maintain the position until the checkered flag.

First it was Robert Shwartzman taking third away, collecting his eighth podium in ADAC F4 without a victory, then Mick Schumacher demoted him to fifth.

Tim Zimmermann escaped in sixth despite struggling for pace in the final stages of the race, keeping Mawson and Marek Bockmann at bay.

The top ten was completed by Cedric Piro in his family-run car and Motopark’s Jannes Fittje.