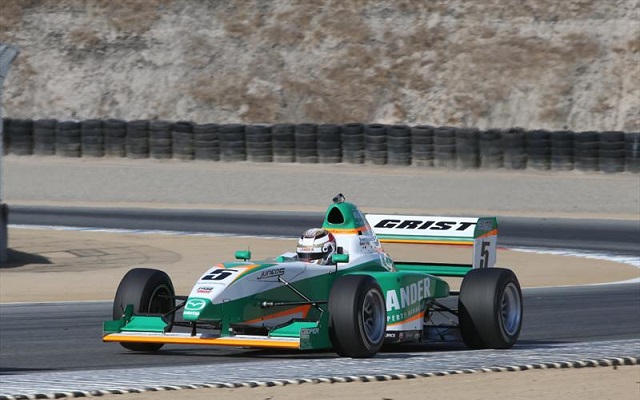 Garett Grist was fastest in qualifying for the Pro Mazda season finale at Laguna Seca in a session which was interrupted by a lengthy red flag stint.

Timothe Buret led the way after the first ten minutes when an incident for Weiron Tan stopped the action and ten minutes ticked down the clock while the?track was being cleared.

With about nine minutes left when the running resumed, points leader Santiago Urrutia soon moved to the top and looked set to end the session in that position, only to be shuffled down to second by Grist’s time after the checkered flag.

Florian Latorre ended up in sixth, more than half a second off the pace, followed by Jose Gutierrez, Patricio O’Ward, Dalton Kellett and Tan.