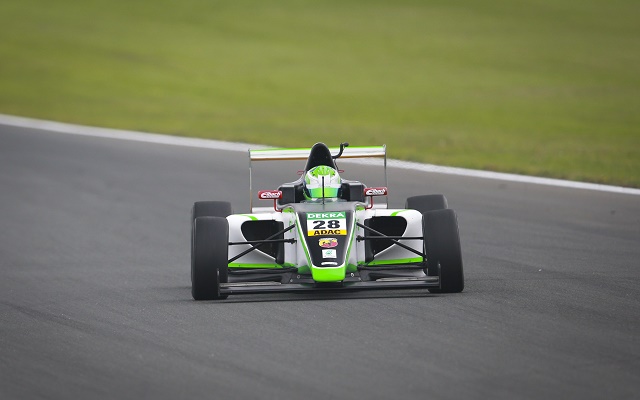 The Dutchman led Joel Eriksson, Joseph Mawson and points-leading teammate Marvin Dienst in a session that determined two of the three grids of the season’s penultimate round.

Due to time delays, the customary two-group qualifying was scrapped in favour of a single run.

Dienst and Eriksson initially battled for the top spot, but were overhauled by Esmeijer in the final ten minutes, the Dutchman setting two laps good enough for pole.

With Eriksson retaining second place, Mawson stole third from Dienst, while Michael Waldherr made up the top five.

David Beckmann was top of the rookie class in sixth place, leading Tim Zimmermann and Mick Schumacher, while Robert Shwartzman and Marek Bockmann made up the top ten.

On second-best times, Eriksson will once more join Esmeijer on the front row, with Dienst and Waldherr moving up past Mawson into third and fourth respectively.

Schumacher, Zimmermann and Beckmann will complete the first four rows.