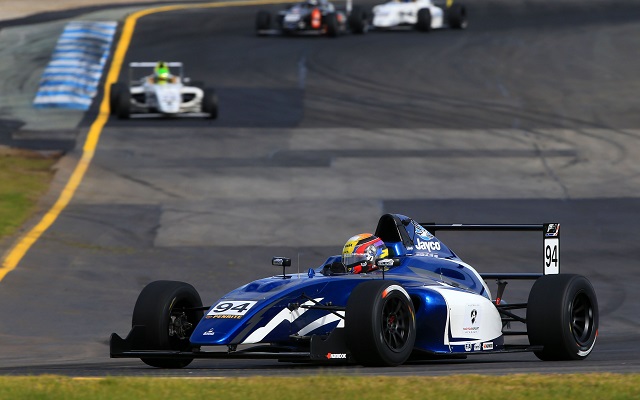 Jordan Lloyd took his second Australian F4 victory of the weekend after yet another lights-to-flag win at Sandown.

Lloyd began the race from sixth on the reversed grid but immediately worked his way to the front from the get-go and eventually saw the checkered flag with a lead of four seconds.

He was once again followed by Thomas Randle, who also had a great start to run in third in the beginning and an overtake on Jordan Love later on allowed him to take second.

Love scored his maiden podium in third and the top five was completed by Tom Grech and Harry Hayek, who narrowly finished ahead of Luis Leeds.

Zane Goddard?took?seventh while the field was rounded out by Jimmy?Vernon and the front row starters of Caitlin Wood and Francesco Maiolo.

Will Brown‘s race ended on lap eight, when broken suspension following contact with Hayek forced him to retire in the pits.