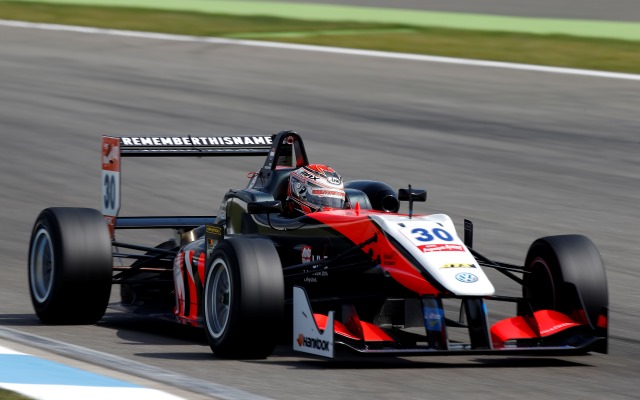 Tom Blomqvist will not start races two and three of the FIA F3 European Championship round at Hockenheim from pole position after receiving a ten-place grid drop for the next three races as the result of an engine change.

Max Verstappen inherits pole position for races two and three at the German circuit having been P2 in the classification for both fastest and second-fastest times in the second qualifying session on Saturday afternoon.

Blomqvist will have to start both races from 1tth place, and the punishment for his engine change will also continue into the first race at Pau next weekend. Blomqvist had been 0.359 seconds clear of Verstappen in an otherwise close qualifying session.

Esteban Ocon – who has a five-point advantage over Blomqvist at the head of the standings – will join single-seater rookie Verstappen on the front row for both races on Sunday with Antonio Giovinazzi third. Ed Jones and Felix Rosenqvist will start fourth for race two and three respectively.