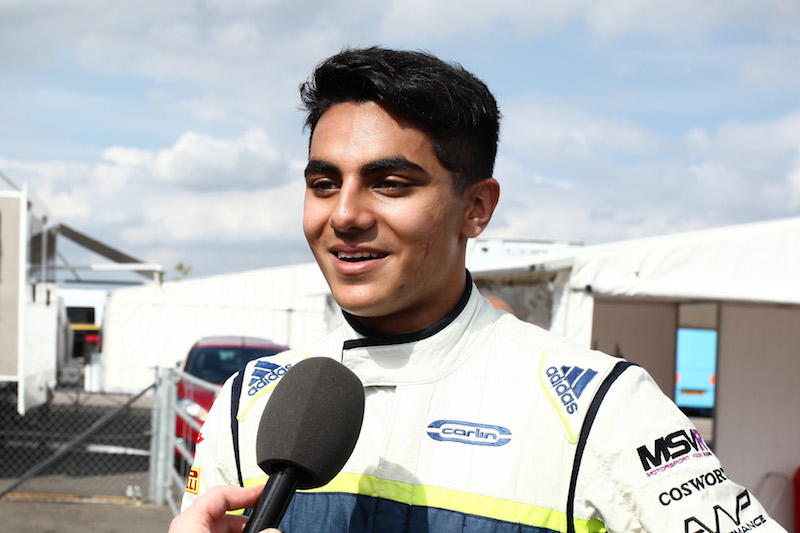 British champion Enaam Ahmed will step up to the Formula 3 European Championship next year with Hitech GP.

The 17-year-old, a former European and world junior karting champion, dominated the BRDC British F3 series this year with Carlin in his second season.

“I?ve known Oliver [Oakes, team boss] since I was 10 in karting so we have a close working relationship already.

“I feel at home within the team and feel like we could have a strong package going into next year.

“I would also like to take this opportunity to thank my sponsors and investors without whom I simply wouldn?t be able to race next season.

“They have shown incredible faith in me and I look forward to working with them closely to win many more championships over the coming years.”

Oakes added: “We are thrilled to have Enaam onboard for 2018.

“He tested for us in Spa back in November and really impressed us with how quickly he got up to speed in the FIA F3 car. His season in British F3 has been very impressive.”