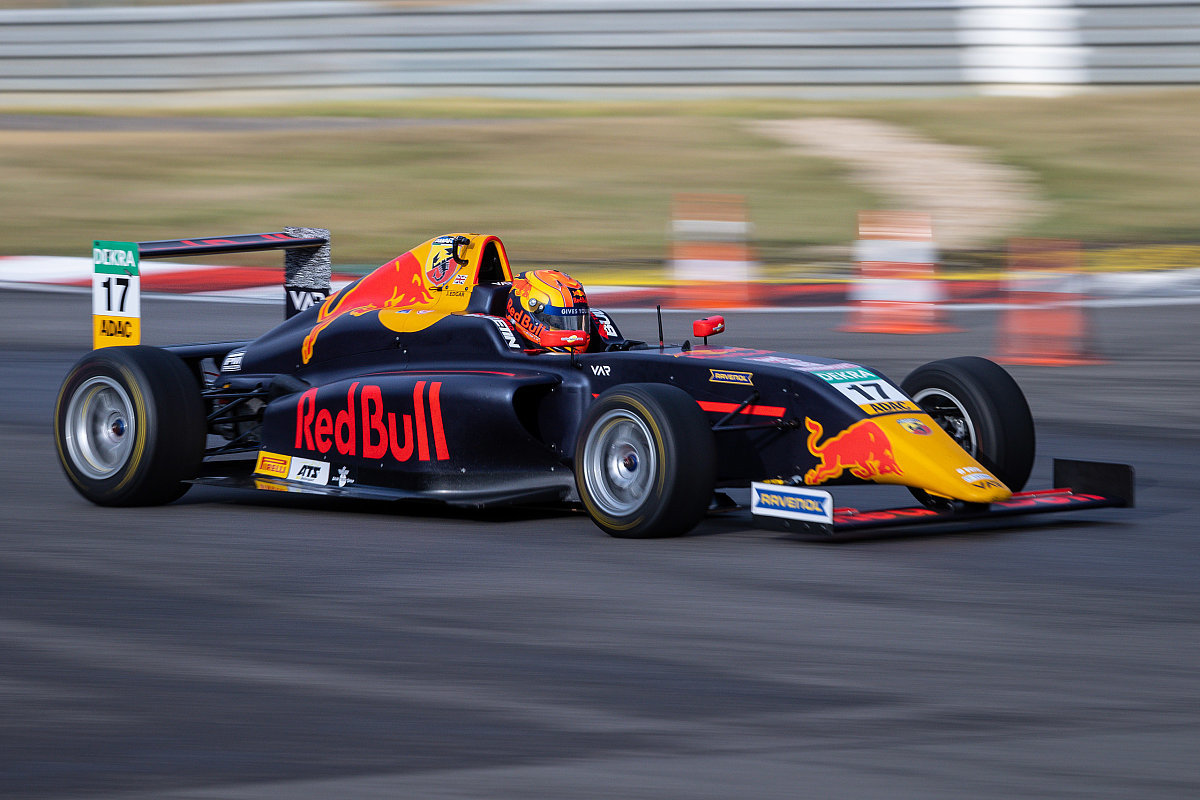 Jonny Edgar dominated a mixed-up qualifying for the second ADAC Formula 4 race at the Nurburgring, putting himself on pole by over a second.

The Red Bull junior spent the entire qualifying session top of the order, improving his fastest lap over the course of the session to stay out of reach of the rest of the field.

He ended qualifying as the only driver to set a time sub-1m52s, with a 1m51.156s lap being his final effort.

R-ace GP’s Victor Bernier also improved with his last lap and will line up alongside Edgar, albeit 1.058s behind on qualifying pace.

Almost all the regular frontrunners found themselves in the bottom half of the order. Edgar’s race one pole-sitting Van Amersfoort Racing team-mate Jake Crawford was 4.954s off the pace in 10th, ahead of Mucke Motorsport’s Joshua Duerksen and VAR’s Francesco Pizzi.

US Racing’s Elias Seppanen and Ollie Bearman managed a better result, but will still line up behind R-Ace GP’s Artem Lobanenko, who put in his best qualifying of the season to go third overall.

There ended up being a spread of over 12 seconds among the 13-car field, with Mucke’s Erick Zuniga propping up the order.