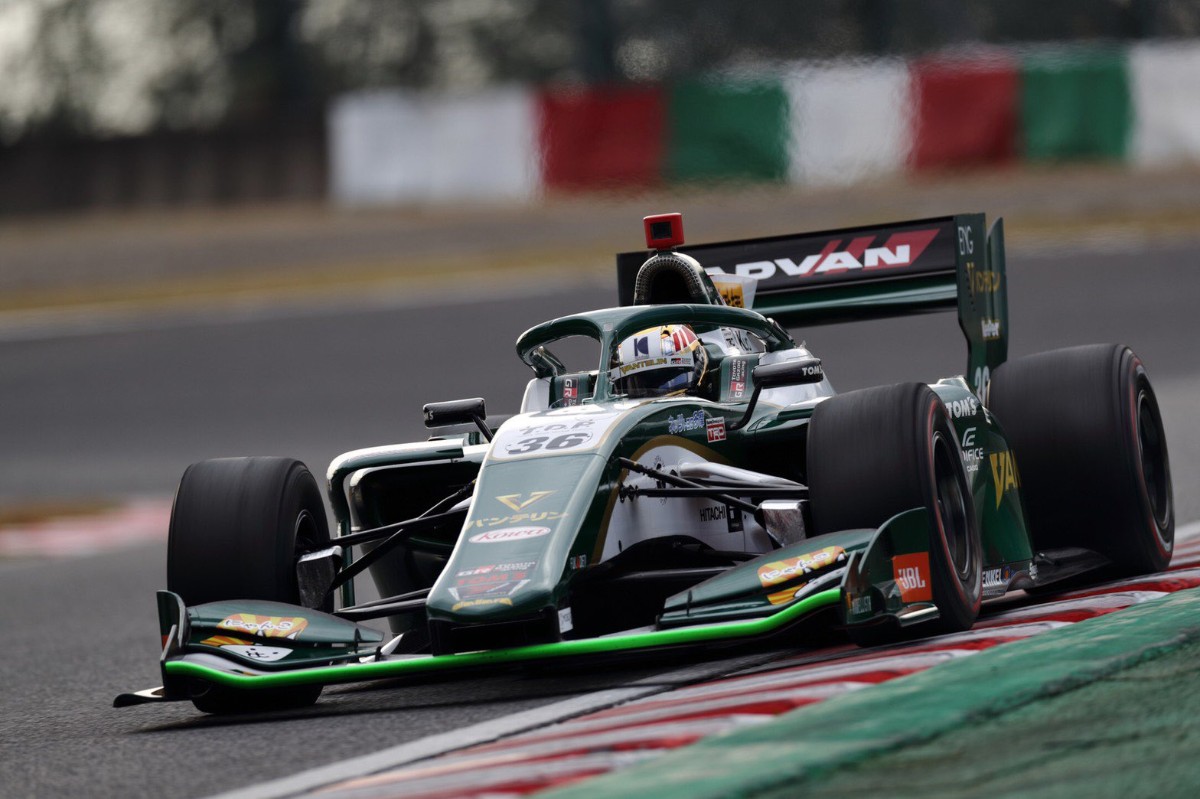 Super Formula Lights title contenders Ritomo Miyata and Sena Sakaguchi will step up to Super Formula at Okayama this weekend in place of two of Toyota’s Le Mans 24 Hours stars.

Le Mans winner Kazuki Nakajima and LMP2 entrant Kenta Yamashita have gone into quarantine upon their return to Japan, making them unavailable for the second round of the SF season.

Current SF Lights leader Miyata will stand in for two-time champion and former Formula 1 driver Kazuki Nakajima at TOM’S, which he raced for exclusively in single-seaters since his 2016 Japanese Formula 4 title triumph.

In 2017 he won the Japanese F4 title again with the Toyota-linked team, and also stepped up to SF Lights (then known as Japanese Formula 3). While he didn’t win a race, he did come fourth in the points and benefitted from the famous ending to that year’s Macau Grand Prix to finish 12th there.

He claimed two wins in his second SF Lights season and finished as title runner-up, a feat he repeated in 2019 but with an increased tally of eight wins. He started the 2020 season off with a triple win at Twin Ring Motegi, and is set to continue his title campaign there at Okayama as well as make his SF debut.

The 21-year-old drove SF’s Dallara SF19 car in last year’s rookie test with TOM’S, and came in 13th place. His Toyota junior status has also earned him a Super GT drive for this year.

Sakaguchi will also be on double duty at Okayama in Japan’s premier single-seater series and its support, and he will debut with the points-leading Kondo Racing outfit.

“I think I’ll be busy with races and double entry, but I’ll do my best to do both!” said Sakaguchi.

In 2016, Sakaguchi finished second to Miyata in F4, but he was already racing in SF Lights as a Honda junior. In three seasons he failed to pick up a win, and ended up as a stand-in for TOM’S on two occasions in 2019 while also racing in Super GT300.

His performances earned him a top B-MAX Racing seat for this year in SF Lights, and he started the season with three podiums behind Miyata. The 21-year-old has also joined the new regional F3-spec Formula Regional Japanese Championship with Sutekina Racing Team, and won all seven of the races he has entered there to lead the points.

In 2018, he was due to make his SF debut at Autopolis in place of Nirei Fukuzumi, before stormy weather caused the round to be cancelled.

While Miyata can learn from reigning champion Nick Cassidy as his team-mate this weekend, Sakaguchi will be partnered with reigning SF Lights champion Sacha Fenestraz, who only made his SF debut last time out.