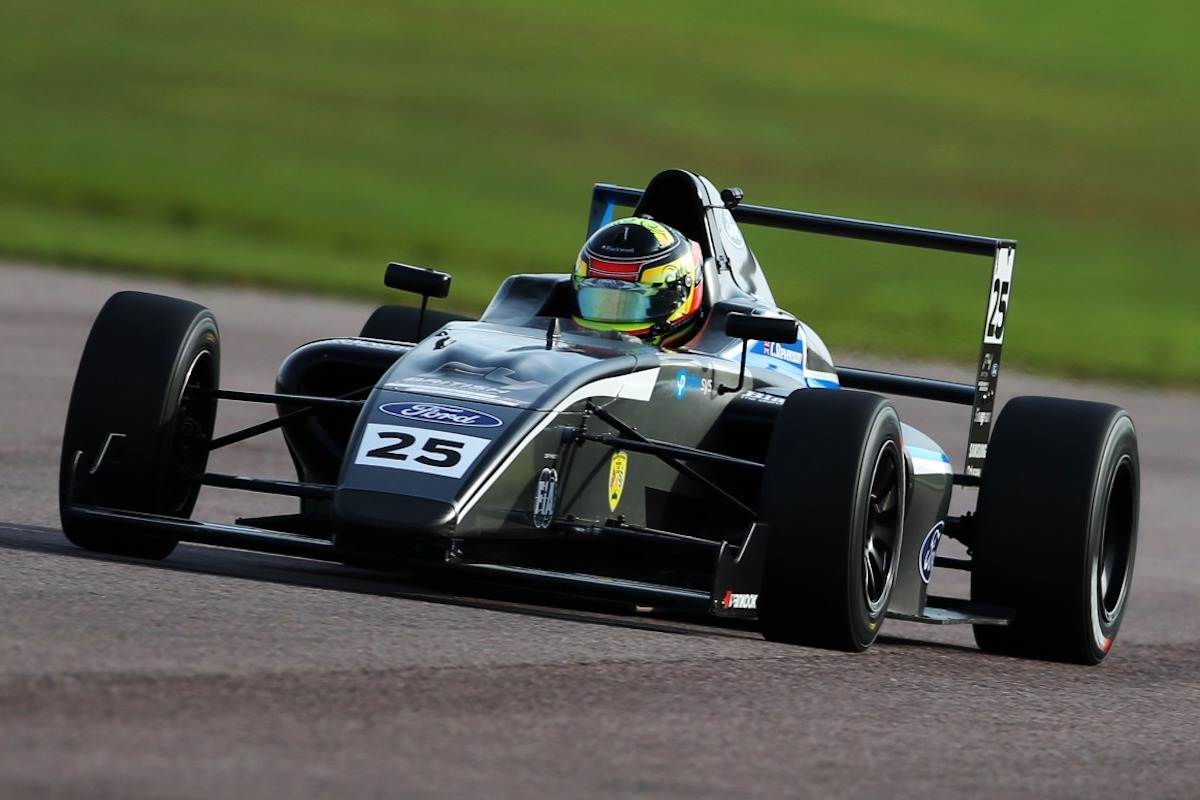 Casper Stevenson topped the order after a day of British Formula 4 testing at Silverstone on Thursday.

Times radically improved over the course of the four sessions that took place on the National circuit ahead of this weekend’s sixth round of the 2020 championship.

Argenti Motorsport driver Stevenson topped the second and final sessions of the day, lowering the benchmark to 55.749 seconds by the end of the day.

The lap put him 0.110s ahead of second-placed Alex Connor and 0.123s ahead of Thruxton hat-trick hero James Hedley, all of whom also set their quickest times in the fourth session.

Championship leader Luke Browning set the pace in the first session of the day, in which lap times were no quicker than 1m01.5s

The first driver to set a sub-1m lap was Zak O’Sullivan, who topped the times early in the second test session. The 59.930s lap was quickly improved upon by the entire field, and the session ended with Stevenson pipping Browning to the top of the order with a 55.866s lap.

Hedley topped the third practice with a time just 0.01s slower than Stevenson’s second-session time, before improving in the fourth and final session of the day.

Browning’s time in the second session was enough to put him fifth in the final classification, ahead of O’Sullivan and Reema Juffali.

Two series newcomers joined the field for the test session. McKenzy Cresswell, running with JHR Developments, put himself eighth overall. Carlin ran Dougie Bolger, a karting graduate aiming to be on the F4 grid in 2021, who finished the day 12th.

Christian Mansell was the fastest rookie in ninth, while Roman Bilinski completed the top 10.