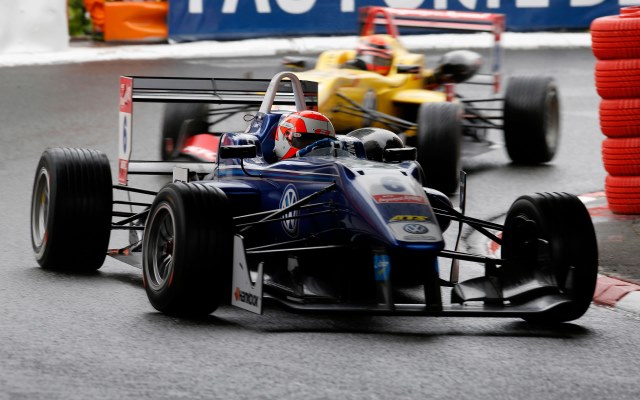 FIA F3 European Championship racer Ed Jones will miss the next three rounds of the season as the result of a back injury sustained in Pau.

Carlin driver Jones crashed heavily in the first qualifying session at the French street circuit earlier this month, and although he continued to compete during the weekend, it was found after returning back home to Dubai that he had suffered a fractured vertebrae.

The team say Jones will miss the rounds at the Hungaroring, Spa and the Norisring through June, and is expected to return for Moscow in July. Carlin have not announced a replacement driver.

The F3 Open champion had made a promising start to the season, scoring two podiums at Hockenheim and currently sits tenth in the standings.

“I?m very disappointed to be missing the upcoming rounds however obviously it is for the best that I look after myself after such a heavy crash,” said Jones.

“I am however feeling confident about the future and while it?s a shame to miss these three rounds I?m very much looking forward to replicating our early season results when I can resume the championship in Moscow.”