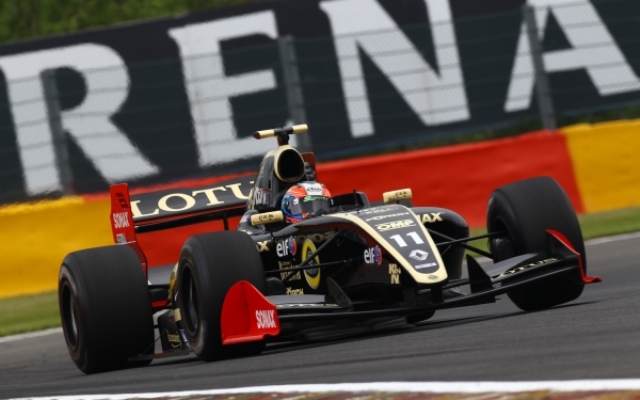 Richie Stanaway will return to Formula Renault 3.5 this weekend at the circuit where he sustained an injury two years ago, driving for the same Lotus team after Matthieu Vaxiviere suffered a similar back injury in Monaco.

Vaxiviere retired to the pits after completing one lap of last weekend’s race and was diagnosed with a fractured vertebra. The Frenchman, who scored two points finishes in five races after stepping up from Eurocup FR2.0, will not only be forced out of action in FR3.5 but also made to miss his debut at the Le Mans 24 Hours on 14-15 June.

Vaxiviere had been due to drive a GTE-Am class Porsche at the French classic alongside sponsor Francois Perrodo and veteran Emmanuel Collard.

His place at the Charouz-run Lotus squad for this weekend’s FR3.5 races at Spa will be taken by Gravity-managed driver Stanaway. The New Zealander suffered two fractured vertebrae while racing for the very same team at the corresponding event in 2012.

It put him out of action for the rest of the year, before racing Porsches and Aston Martins in 2013 and then making his single-seater comeback in GP3 with Status Grand Prix this season. He sits second in the GP3 standings after a third and a fourth on his return at Barcelona earlier this month.

Spa was the scene of Stanaway’s victory on his GP3 debut in 2011.