written by Felipe Giacomelli 27 May 2014 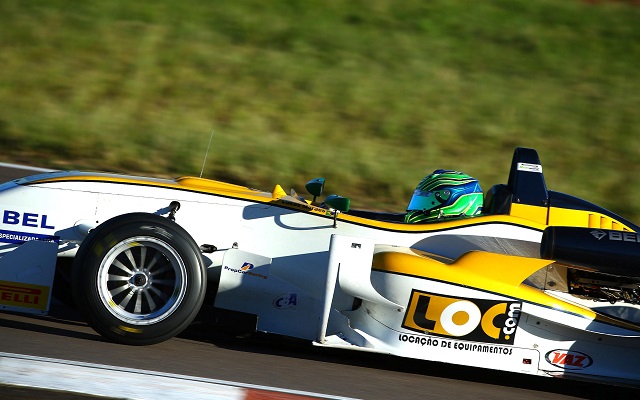 After a race-winning campaign in Formula Abarth, Lukas Moraes has become noted as a promising young driver on the Brazilian single-seater scene. Racing for legendary local team Prop Car ? which ran former IndyCar driver Bruno Junqueira in his early days in F3 ?, Moraes is Pedro Piquet?s main rival in the first season of the renamed Formula 3 Brazil, although the youngster is still struggling to finish races. PaddockScout had talked to him ahead of the series’ fourth round at Interlagos, where he would go on to pick up his first victory in the series.

This year I had the chance to race in Brazil after a year in Formula Abarth because we believed there’d be a better grid in Formula 3. Now I have a fast car, a little behind Pedro Piquet, but we are always first or second in all sessions, despite struggling a bit in the races. Anyway, we are looking forward to closing the gap as we go along.

Does having raced at Interlagos in Formula 3 Brazil Open earlier this year help you close the gap to Piquet?

Yeah, it helps. However, this weekend we will race in a different track configuration ? with an extra chicane before the pit-lane entrance ? and I never raced in these conditions. Nevertheless, the track is the almost the same and, of course, having raced in Brazil Open will help me.

How do you rate your learning curve? Last year you were in Formula Abarth and now are driving a Dallara F3 car.

When I left Formula Abarth and took part in last year F3?s season finale at Curitiba, I had a few problems. The car has a very different gearbox and different tyres, too. F3 machinery has much more grip than Formula Abarth, so I struggled to adapt, but then we did some private tests, and the things started to come together. I was racing in Class B machinery, and my performance improved. For this season, I moved to Dallara F308, and the cars are very similar. I really like this car and I feel we are really making progress.

And how do you rate your performance?

It?s been great! It is a huge difference from Formula Abarth because testing here is unlimited. Also, I have no problems with the language. It?s easier to me to talk with my engineer and with the whole team. Anyway, I hope to go back to Europe next year with everything I will have learned.

If last year’s F3 Sudamericana had a better grid, would you have stayed in Brazil?

No, I think it was very important to have my first year in cars in Formula Abarth. I improved a lot, I learned to drive a single-seater. If I hadn?t raced in Italy last season, I am sure I really would have been struggling this season.

If a young driver asks you about starting a career here in Brazil or having a first taste in Europe, what would you say to him?

I would advise to do a season with a car with less power – maybe BRDC F4 or Italian F4 – and then come back to Brazil with some experience. Then you can fight for good results in Formula 3. And having a strong grid here in Brazil really helps find some sponsors. It is a good option because it’s hard for a Brazilian company to spend money on a young driver overseas. 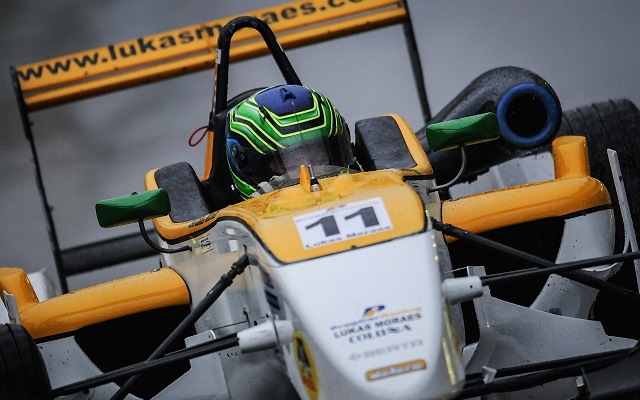