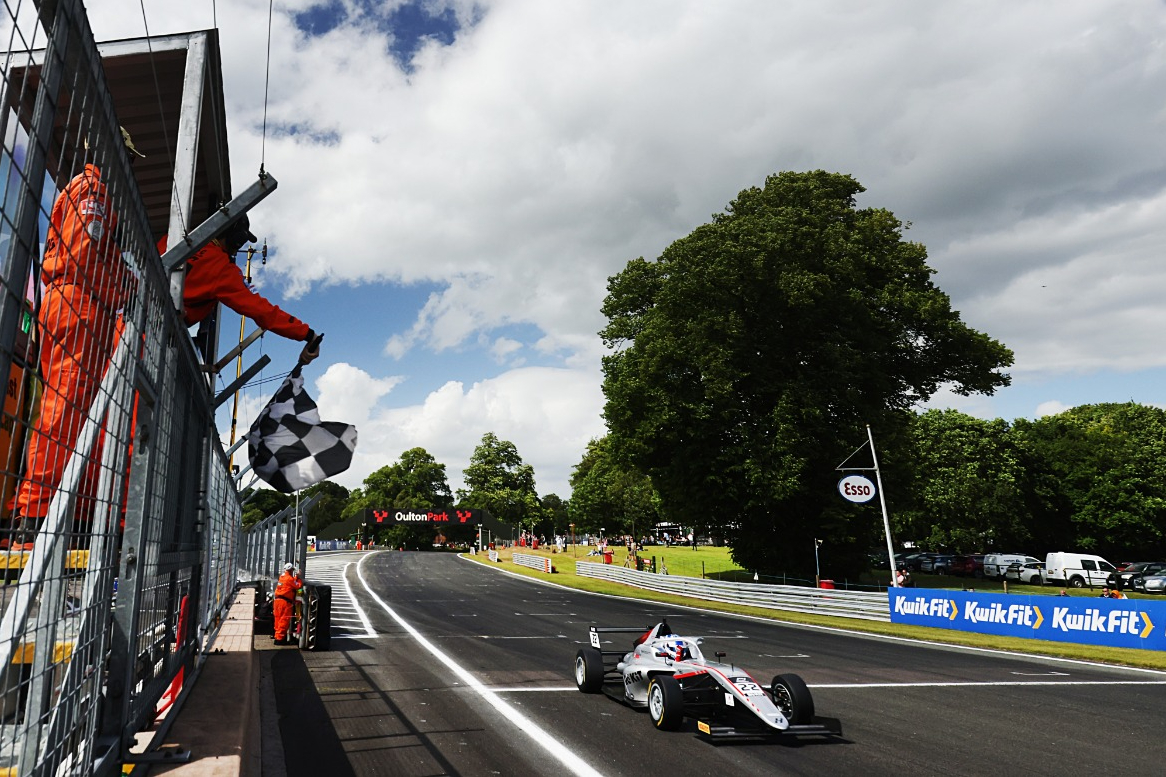 Alex Dunne took victory by over seven seconds in British Formula 4’s first race of the weekend at Oulton Park.

The Hitech GP started on pole but was actually beaten off the line by JHR Developments’ Georgi Dimitrov. Holding the inside line into Old Hall meant Dunne would be the lead driver after the first corner though, and after that he raced away over the 15-lap race to take his sixth win of the season.

Dimitrov soon came under pressure from Argenti Motorsport’s Aiden Neate and Carlin driver Louis Sharp, and both were able to pass him.

An opportunistic move then lifted Sharp to second place, and he had to spend the rest of the race working hard to keep Neate behind him while Dimitrov watched on just a few tenths further back.

There was then a big gap back to the next drivers, and it was JHR’s Joseph Loake who took seventh place after making three overtakes from 10th on the grid. The driver who had started seventh, Carlin’s Ugo Ugochukwu, ended up retiring as his race went from bad to worse with an off at Old Hall and then a trip to the pits.

He is now 65 points behind Dunne at the top of the standings, with team-mate Gray closing in on his second place.