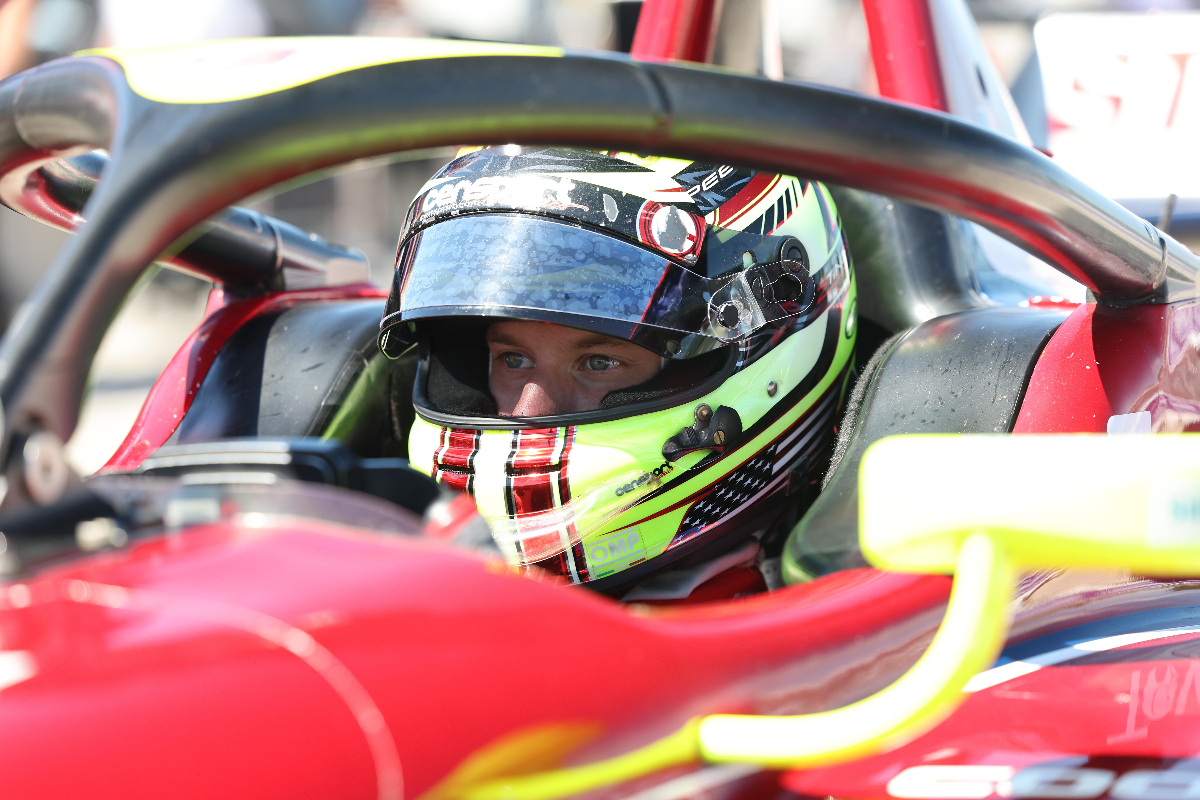 The points leader could only manage to go sixth quickest, more than six tenths of a second slower than Robb.

However Lundqvist did set the pace early in qualifying, and he was briefly knocked off the top spot by Andretti Autosport’s Hunter McElrea before setting a 1m54.606s. That then kept him in first place for much of the session before a late flurry of track action.

HMD Motorsports’ Danial Frost lowered the benchmark by a little over a tenth of a second before a series of flying laps by the Andretti driver.

McElrea again moved onto provisional pole for a moment, before team-mate Robb knocked him off the top sport.

Robb managed a 1m53.9743s, becoming the only driver to lap sub-1m54s. His team-mates Christian Rasmussen and Matthew Brabham both improved on their final laps, jumping up to third and fourth to make it an Andretti 1-2-3-4.

HMD team-mates Frost and Lundqvist had to settle for fifth and sixth, just ahead of Benjamin Pedersen, who Lundqvist had to battle for position with on track at one point late in the session.