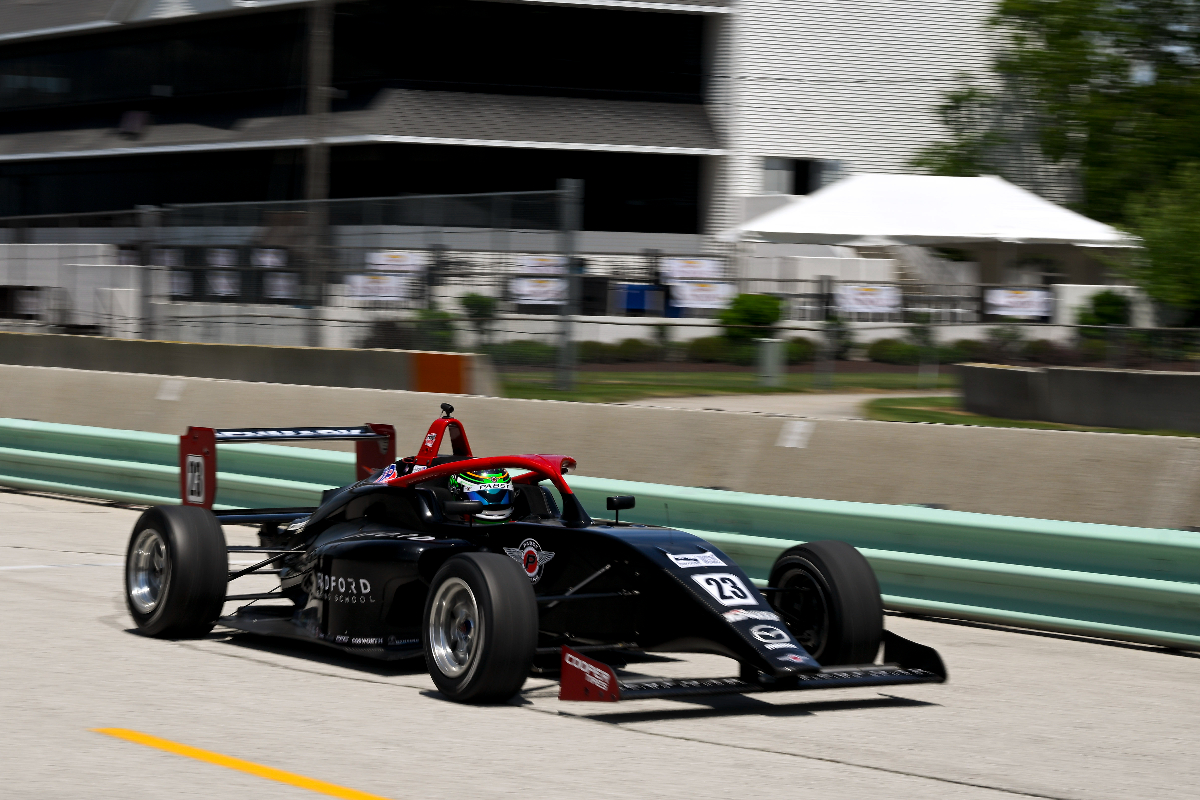 Pabst Racing’s Jace Denmark claimed victory in USF2000’s first race at Road America with a last-lap move on team-mate Myles Rowe, in a race to forget for poleman Michael d’Orlando.

Exclusive Autosport’s Billy Frazer took the lead from pre-race points leader d’Orlando into turn one after starting in third, and d’Orlando tried to fight back at turn five by going alongside Frazer ahead of the braking zone. Both drivers went a bit wide and d’Orlando lost second to Rowe.

A Full course yellow was deployed at the end of lap two due to an incident involving Jay Howard Driver Development’s Evagoras Papasavvas, who was forced to retire from the race.

At the restart, Frazer fended off Rowe while Contact between Velocity Racing Development’s debuting Nikita Johnson and Joe Dooling Autosports’ Trey Burke, who were running in sixth and seventh place respectively after strong qualifying performances, brought yellow flags out again. Burke could rejoin the track while Johnson retired.

Racing resumed one lap later with Rowe claiming the lead into turn one. Again, d’Orlando tried to go around the outside of Frazer at turn five but couldn’t make it work and was forced onto the grass so then lost third place to Denmark.

The battle for the podium places continued with d’Orlando putting pressure on Denmark and Frazer, who were right behind race-leader Rowe. Denmark passed Frazer for second at turn six with three laps to go, and d’Orlando tried to take advantage of the situation by going for a move on Frazer at turn eight, but ended up spinning and dropping to the back of the pack.

Meanwhile, Denmark went on to put pressure on Rowe for the lead and eventually got ahead of him at turn one on the last lap. Rowe tried to regain first place but couldn’t, meaning Denmark took the win but Rowe snatched the points lead from d’Orlando who finished down in 15th.