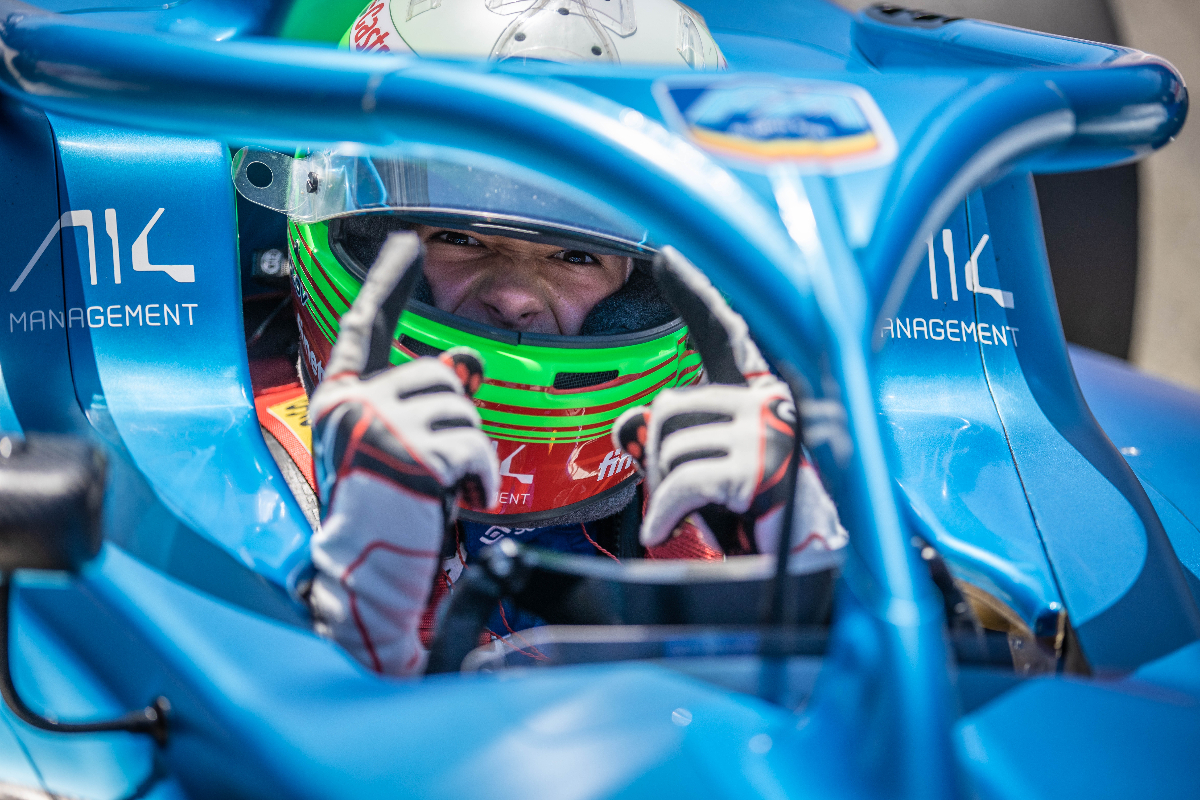 Nikola Tsolov extended his Spanish Formula 4 points lead with a lights-to-flag win in the opening race of the weekend at Valencia’s Ricardo Tormo circuit.

The Bulgarian had Gael Julien to contend with going into the first corner, but after that was unchallenged through the 15-lap race.

Julien didn’t let Tsolov break away at first, but once the gap had grown to three seconds with a few laps to go he started taking more risks and after exceeding track limits a few times he was handed a two-second penalty.

At one point there were seven cars in a row all aiming for the final points place, with Hugh Barter briefly in 10th after climbing up from 16th place following an opening lap clash with Campos Racing team-mate Georg Kelstrup that put the latter out of the race.

Barter than spun however, and got a 2s track limits penalty, but many of the other contenders for 10th also were penalised. MP duo Valerio Rinicella and Sebastian Gravlund came 10th and 11th despite 2s penalties, Cram Motorsport’s Ricardo Escotto dropped from 12th to 17th with a 2s and a five-second penalty while team-mate Anshul Gandhi went from 13th to 19th with the same added time, Max Arkhangelskiy was demoted from 14th to 15th with a 2s penalty, while Drivex School team-mate Bruno del Pino jumped from 15th to 12th ahead of Monlau’s Jef Machiels and Teo Martin Motorsport’s Daniel Nogales.

Christian Ho was moved above four of the 11 penalised drivers to finish 16th, while Barter’s spin sent him down to 24th and he only made it back up to 22nd before his penalty was applied – which meant he actually finished 18th.

Mid-race there was a safety car period as Formula de Campeones’ Alvaro Garcia stopped on track with damage.