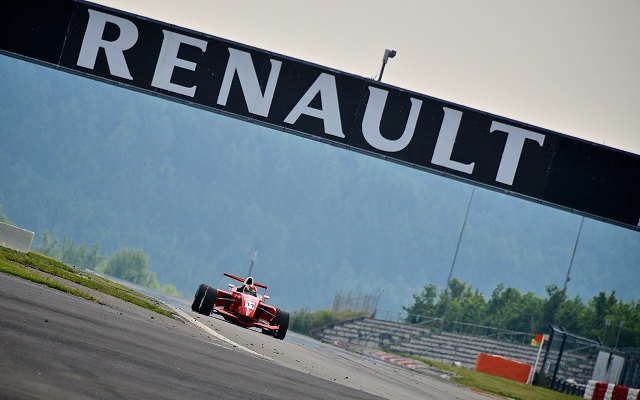 Australian Formula Ford champion Anton De Pasquale will start both races of the Formula Renault 1.6 NEC round at the Nurburgring from pole position.

The Australian’s benchmark lap was posted 11 minutes into the session and he would go on to claim pole for race two with his subsequent lap, which was just a tenth off.

Esmeijer will join him on the front row for both races, with a second-fastest lap just 0.001s slower than his fastest.

Pirosports driver Larry ten Voorde and Lechner rookie Max Defourny will make up row two for the two races of the weekend.

Ferdinand Habsburg was fifth in the qualifying session, leading Provily duo of Boris Kolff and Simon Mirguet. Florian Janits will start race one in eighth, with row five made up by Stuart Racing Team drivers Marcel Lenerz and Paul Sieljes.

For race two, Kolff and Mirguet will occupy row three ahead of Janits, Cedric Piro, Habsburg and Sieljes.