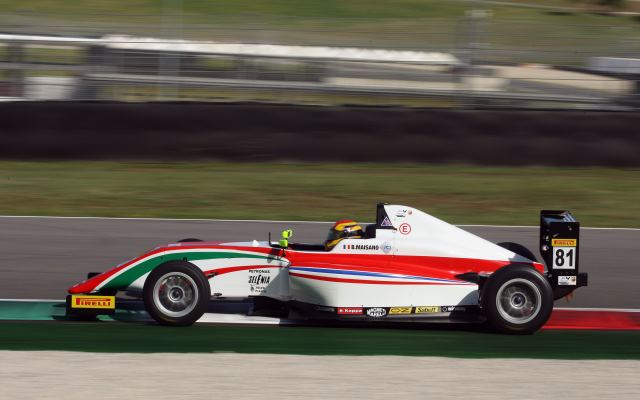 Brandon Maisano continued his dominance at the Mugello circuit by clinching pole positions for races one and three in the third round of the Italian F4 season.

The Prema driver had dominated the practice sessions on Friday and maintained his superiority into qualifying, beating out teammate Lance Stroll by around 0.4 seconds in both sessions.

Euronova’s Leonardo Pulcini was over a second behind Maisano’s time in third, ahead of Mattia Drudi. It was an all-Brazilian row three, with Antonelli driver Joao Vieira and DAV’s Gustavo Bandeira qualifying fifth and sixth respectively.

In the second session, which decided the race three grid, Drudi managed to take third on the grid behind the two Prema drivers, albeit nearly a second slower than second-place man and championship leader Stroll. Diegi’s Andrea Russo was fourth, ahead of Valente who was once again the top Jenzer driver, in fifth.

Vieira will start sixth in race three, with Euronova locking out row four,?Pulcini ahead of ?Fontana. Mauron and Camilleri will share row five for race three as well, with their positions reverse of that in the first session.