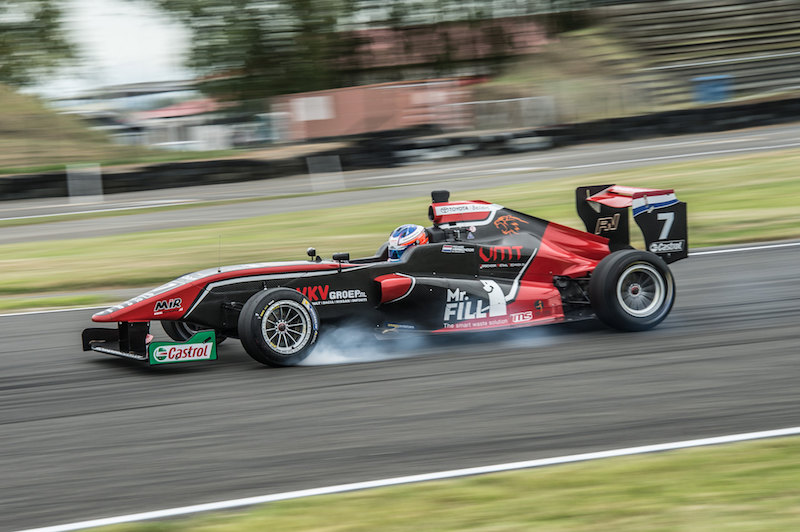 Richard Verschoor claimed both pole positions ahead of the final round of the Toyota Racing Series at Manfeild.

Verschoor, who is just 60 points behind championship leader Marcus Armstrong, topped the times in both qualifying sessions to start ahead of his championship rivals in the first and third races of the weekend at Circuit Chris Amon.

The Dutch driver was top of the order early in the first session but was almost beaten to pole when Charles Milesi topped the times in the closing stages.

He was able to take back pole on his final lap, but Milesi remained second to take his first front row start of the season.

Second-in-the-championship Robert Shwartzman finished fourth fastest and will start alongside Clement Novalak, while championship leader Armstrong could only manage seventh fastest, three tenths of a second slower than Verschoor.

Hoping to improve his chances for race three, Armstrong was the first man on track in qualifying two for the New Zealand Grand Prix and was top of the order a third of the way into the session.

Armstrong was briefly able to get his car back on provisional pole, knocking off Milesi who was aiming to go one better after his impressive qualifying one.

But another late lap from Verschoor was just a tenth of a second faster than Armstrong and he pushed the championship leader to second.

Milesi starts the final race of the season from third, ahead of Shwartzman, Novalak, and Correa.

Three-time New Zealand Grand Prix winner Kenny Smith, 76, rounded out the 13 runners in both sessions on his first TRS appearance for five years.