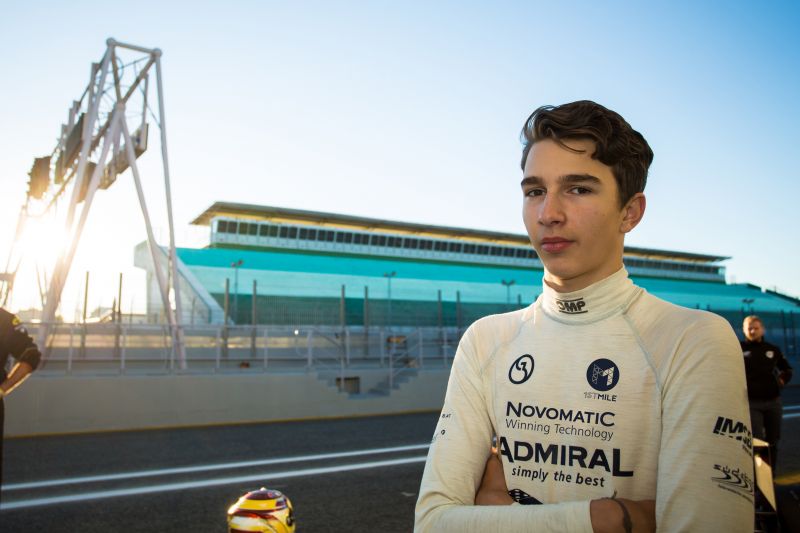 The Austrian will follow in the footsteps of countryman Ferdinand Habsburg, who drove for the team in EF Open in 2016 and finished second in the standings.

Dunner, who is also looked after by Habsburg’s manager Jamie Campbell-Walter,? competed in karting until 2016, winning the Junior Central-Eastern European Rotax Max Challenge title and finishing fourth in the Rotax International Open.

For 2017 he stepped up to F4, contesting full seasons in Spain and the Northern European Zone and a handful of races in Italy.

Over the past few months the 15-year-old has been testing in a Dallara F312, the car used in EF Open.

?I am very excited to join Drivex for the 2018 Euroformula Open season,” said Dunner.

“I really enjoy being in this comfortable and familiar team environment, which helps me a lot to perform at my best possible level. Drivex has a proven track record of success as well.

“We?ve been busy testing in the F3 car during the winter, but I still have a lot to learn. I am really looking forward to race at some of the best tracks in the world such as Monza, Spa and Silverstone.”

Drivex team principal Miguel ?ngel de Castro added: ?I?m pleased to have Lukas Dunner joining our team because he is a talented driver with a bright future ahead. He is extremely young and, despite his limited experience in single-seater racing of only one year, he made steady, fast progress with our Formula 3 car.

“We still have a long way to go ahead of our season start in the Winter Series. We will work to help Lukas to keep improving. I sincerely hope we will have a successful season together and I?m looking forward to repeating the same winner path we achieved with his fellow countryman Ferdinand Habsburg.?