Home Featured Does junior single-seaters have a place in the hypercar driver market?
FeaturesOther series 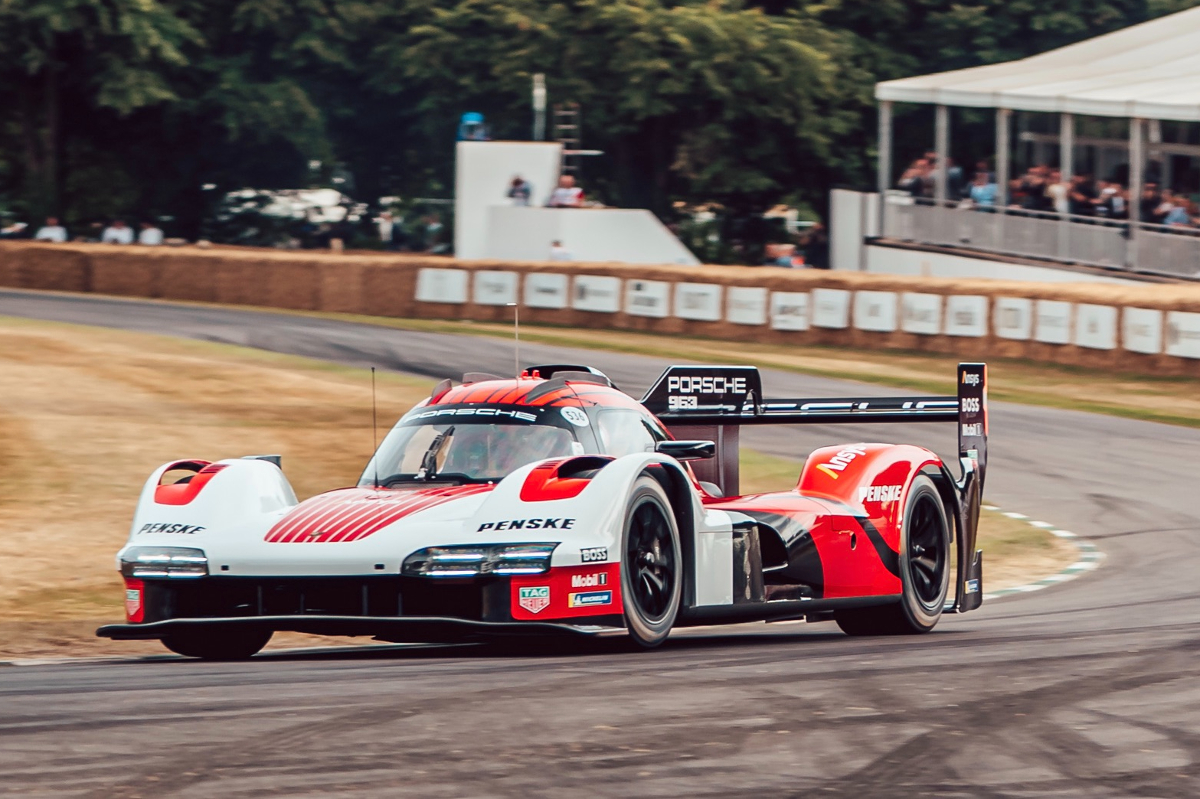 An exciting new era of Le Mans prototypes have arrived on both sides of the pond, creating what could become possibly the most populated top class in sportscar racing history. But who will race them?

When it comes to achieving the dream of becoming a professional racing driver, there are two obvious end goals: Formula 1 and the Le Mans 24 Hours. Both stand as the top competition for open-wheel and closed-wheel cars respectively, and have histories stretching way back through the whole timeline of automotive advancements.

Last year, the World Endurance Championship effectively replaced the long-lived LMP1 category with ‘Le Mans Hypercars’ at its top level. Toyota and Glickenhaus were the two manufacturers that created cars fitting the new formula’s rulebook, and entered their own factory teams, then Peugeot joined the party in the middle of this year with its radical wingless 9X8.

Peugeot has created an eye-catching visual despite restrictions on aerodynamic design, one of many ways the regulation writers have sought to cut costs. All cars have to weight at least 1030 kilograms, with a downforce to drag ratio of 4:1 and a maximum power output of 671bhp. Rear-wheel-drive is also mandated, but an electric motor can deliver up to 200kW to the front under a specified set of circumstances when on track. There are a few differences with the ‘Le Mans Daytona hybrid’ cars which will also compete for Hypercar honours, with more spec parts including the hybrid elements, and having to be based around LMP2 chassis from Ligier, Oreca, Dallara or Multimatic but free engine development just like the LMH cars.

The LMDh regulations were written primarily with the United States’ IMSA series in mind, and its current manufacturers have already committed to the future and intend to (if they can get their name on the entry list) tackle the Le Mans 24H too.

Styling elements means that road car visuals are going to be transferred onto the prototype, particularly around the front end, and grid sizes will likely grow significantly over the next two seasons of IMSA and WEC. It’s all good news for an automotive industry that through supply chain issues and various financial crises has been going through a tough past few years. 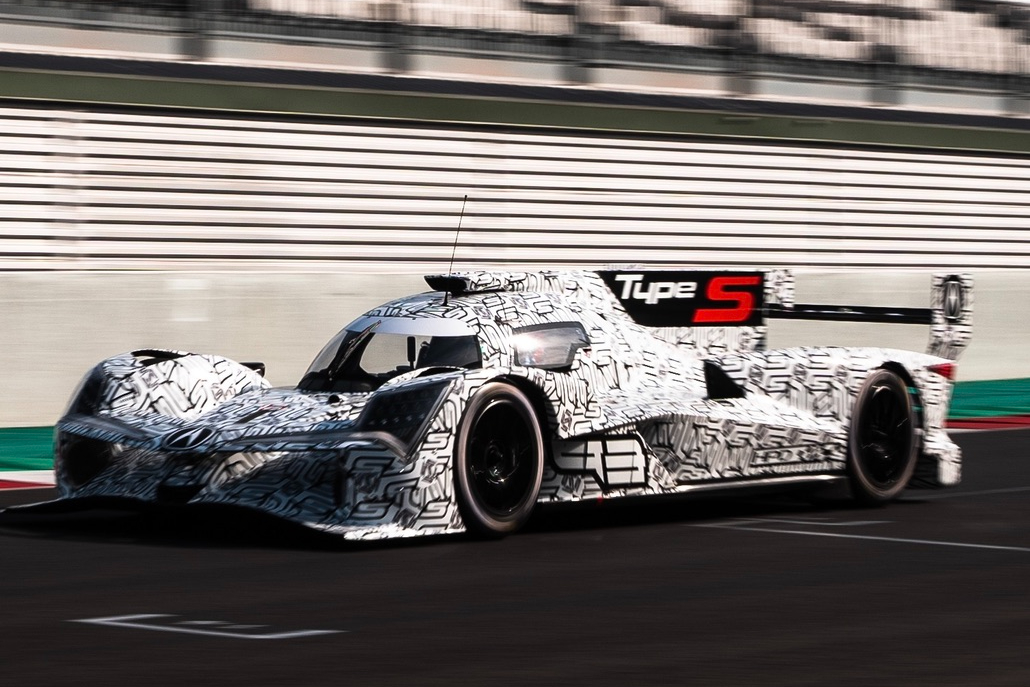 But the cars are much, much slower than LMP1, with the LMDh vehicles of course having LMP2 roots, so high-downforce experience from F1, IndyCar and even WEC is now going to be less valuable for a team looking for drivers to contend for the overall win at Le Mans or the Daytona 24-hour races. In fact, several drivers who have done the early test work on the incoming hypercar designs have said they expected the handling to be like a large GT sportscar, but were surprised that the cars still retain the feel of a prototype.

Manufacturers with rosters of factory GT drivers are already selecting names for both the development and the racing of their hypercars, and several have come from this year’s DTM grid. Porsche will pluck out Laurens Vanthoor next year to put in WEC, and Lamborghini will do the same with current points leader Mirko Bortolotti when its hypercar is ready in 2024.

Bortolotti and Vanthoor each only have a single prototype racing start to their name, but are two of the most trusted drivers at their respective brands and were essentially placed into the DTM this year to represent them as best as possible as they entered the GT3-spec series for the first time. With so many manufacturer-supported teams in the DTM, it makes sense that it could be the place to be for drivers to go to catch the attention of those forming the hypercar line-ups. And when it was a high-spec touring car series, exactly that happened as DTM drivers were taken on by LMP1 teams.

But do the drivers reviving that pipeline think – with a top class of sportscars that is getting slower, simpler and demanding smaller budgets – that being in the DTM with its single-driver cars and automotive-dominated paddock and fan village is the best place to prepare for hypercars or could downforce-laden junior single-seaters now be more appropriate?

“My future will be in hypercar so it’s going to be something completely different,” Vanthoor said to Formula Scout.

“Therefore I would say [DTM] is not the preparation for that because this is a pure sprint format of racing, alone in the car, all those kinds of things, which is very, very different to endurance racing. In terms of other drivers, it’s depending on what you want. If you’re searching for a career in endurance racing, probably not really. If you’re more to sprint racing and being alone in the car, this is probably the highest championship I think to do that.”

*Rebellion’s LMP1 car, introduced in 2018, was rebranded as an Alpine for 2021 and raced in the Hypercar class

A lack of prototype racing experience won’t be a boundary for everyone, Vanthoor thinks, because of how many different brands and relationships – new and old – will exist in the new hypercar category.

“I’ve had that question a lot in the last two years [why not do LMP2?]. Where people were asking me ‘what are you going to do to get that hypercar seat?’. For me the answer is quite easy: I am working for Porsche, and I’m doing whatever I’m told to do as best I can, and that will give me a seat. That’s exactly what happened.

“In the end, the hypercars which are going to come are not LMP1 cars. It’s 1000 kilos, downforce is not that crazy amazing. Just to say it’s really a mix of a current GTE car and an LMP car. I don’t think it’s like the LMP1 days anymore, and for me personally I’m not worried at all about the transition of the car. For sure it takes a bit of time and you need to adapt to it, but it’s for me the value of having experience with a factory team, factory racing in IMSA, WEC, with the RSR [car], are things for me which are more valuable than being a LMP2 driver for the last couple of years.

“I think the route I’ve had in the last couple of years has made me ready the way I want to be ready for it.”

Vanthoor’s take comes from the position of someone already firmly in bed with a manufacturer, but Porsche has already signed two prototype pros from outside to lead the development of its 963 hypercar, in Felipe Nasr and Dane Cameron. There will be two full-time factory entries in WEC and in IMSA, meaning potentially 12 drivers are needed and so far eight have been confirmed.

Ex-F1 racer Nasr aside, Vanthoor did climb further up the single-seater ladder than most of Porsche’s hires so far, winning the German Formula 3 title before two years in the European series with Volkswagen power, before starring in Audi GT3 machinery led him to sister brand Porsche.

Of course Porsche has a huge list of contracted drivers to choose from for its vacancies, and rarely do drivers go from single-seaters straight into Porsche’s arms, with multiple years usually required in its one-make series first. At Lamborghini, however, it’s a little different.

Squadra Corse’s young driver support often picks up drivers from junior series, and then like Porsche creates the pathway for them to go through one-make GT racing, into GT3 and eventually into a factory driver contract without ever having to drive another brand’s car. 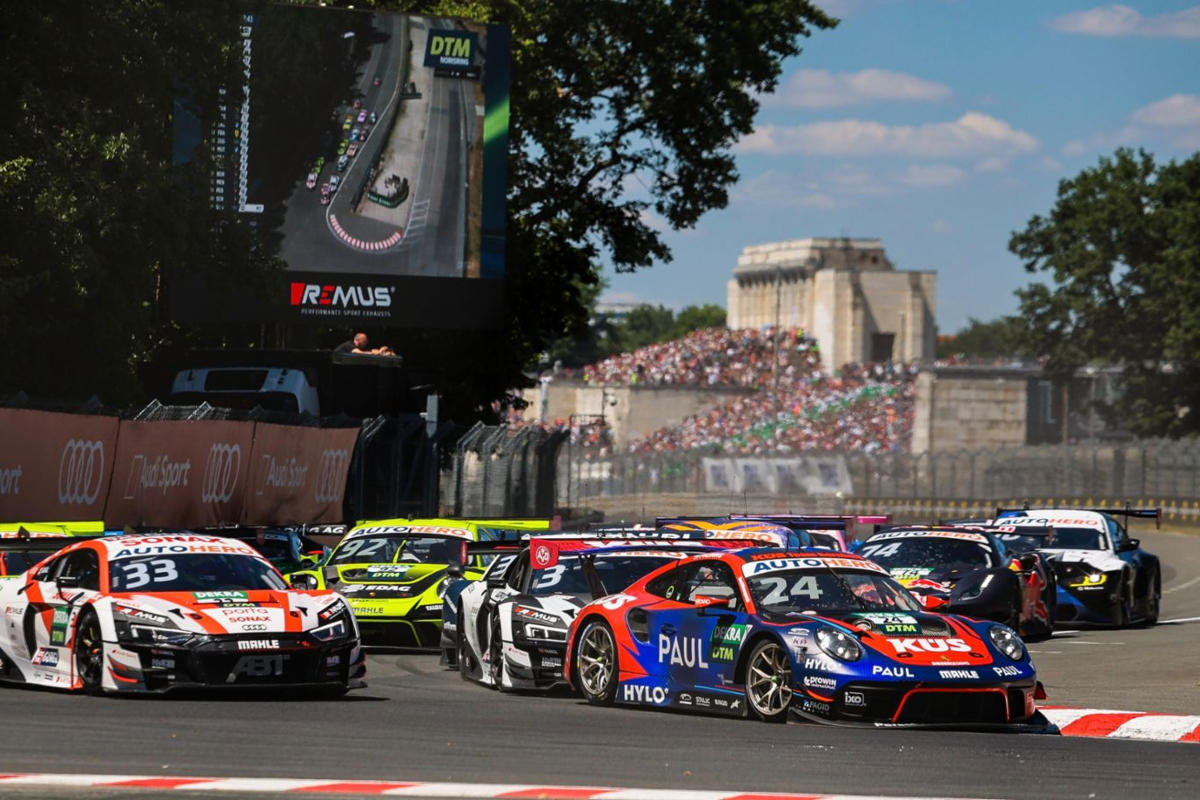 The DTM can now be a step in that, although Bortolotti – a former Red Bull and Ferrari junior and champion in MotorsportVision’s Formula Two – said to Formula Scout “that’s a good question for my bosses” when asked if he saw the series as a stepping stone to WEC now. Drivers may be more inclined to make the switch to sportscars when manufacturers can now dangle the carrot of overall Le Mans glory when previously GT World Challenge Europe and its centrepiece Spa 24 Hours race was the peak of a factory driver’s exploits.

And because of the prototypes getting slower, maybe the pipeline can speed up. Drivers whose junior single-seater careers have come to an end have done seasons in GTs or LMP3 and then LMP2 racing before getting spotted by a top-tier team (and usually for one-off appearances too), but could that kind of preparation curve be cut entirely for hypercars?

Ferrari and Toyota both have junior drivers in open-wheel racing, but they have found it really hard so far over the last decade to break into the brand’s WEC line-ups in GTE and LMP1 respectively. Callum Ilott did get to go GT racing around the globe last year while being Ferrari’s F1 reserve driver, while Alpine’s F1 and WEC teams are run in different countries so its driver academy has no crossover. Alpine also let go of one of the most promising young sportscar racers of a generation in Thomas Laurent, a move which doesn’t exactly show a commitment to providing opportunities for rising talents.

What’s more, it’s now come to light that the ‘legacy contract’ set to be negotiated between Alpine and its 40-year-old F1 driver Fernando Alonso (who is also twice a Le Mans 24H winner) will include a future hypercar berth in Alpine’s initial offer. That for sure would be no earlier than 2024, when Alpine’s new LMDh design arrives, but it’s not the first time it’s sought to sign Alonso early at the expense of young drivers already on its books.

From talking to drivers, teams and sportscar pundits, it’s difficult to see manufacturers being more inclined to sign drivers from Formula 2, Indy Lights and Formula 3 now even if their skillsets are more in line with the demands of LMH and LMDh than GT3.

There is of course the current field of drivers in WEC and IMSA too, with many in IMSA already understood to be set to stay with their teams for 2023 and others trying to convince their employers they should be retained too. 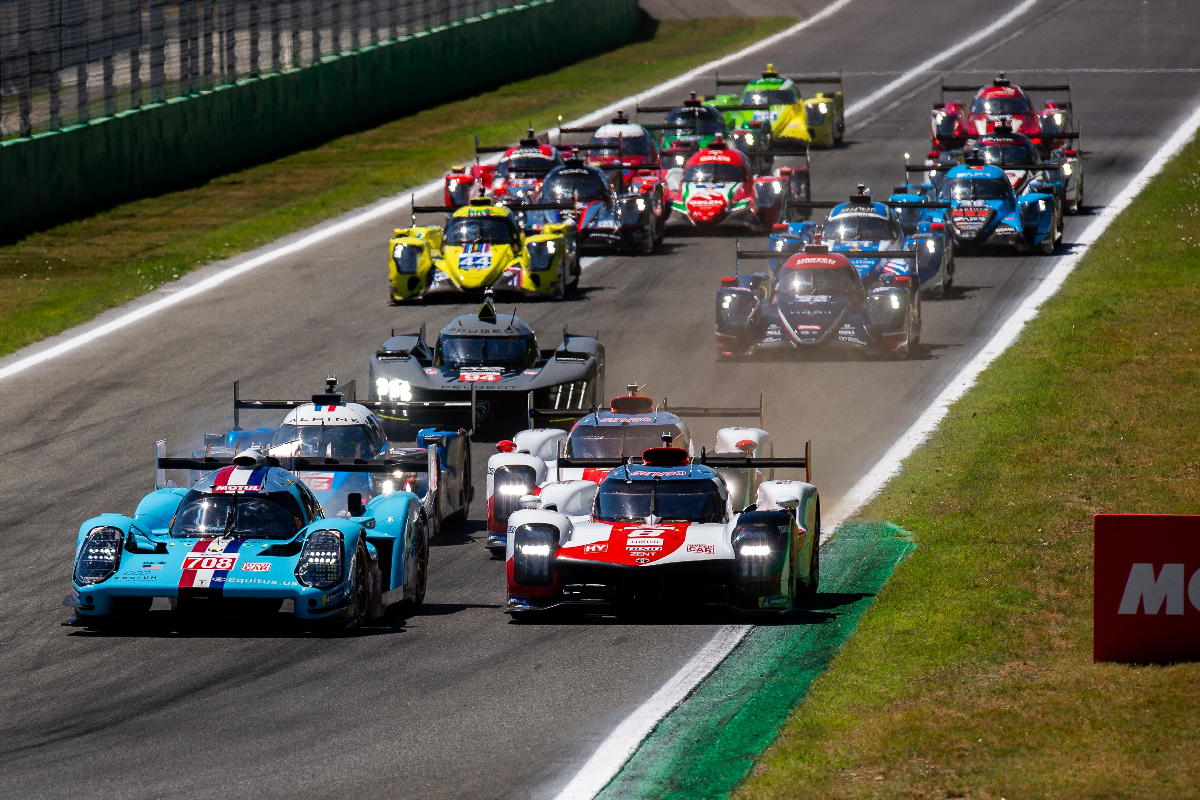 But with customer cars having already been sold, only more and more seat hypercar seats will open up and the buying teams will be the ones more inclined to put a hot, young talent in than a proven brand man with decades of experience.

So, an exciting new era of sportscars that will be more accessible for drivers and teams alike. Ever increasing costs in junior single-seater racing and to Formula Scout’s knowledge a plan by F2 and F3 to grow their calendars again next year. And a lot of sportscar drivers who if they can’t find a hypercar seat for 2023 will move their eyes onto 2024. It’s a market of opportunity that drivers on the road to F1 can’t just keep an eye on, but need to barge their names into as quickly as possible if they want to be in contention for a top-class prototype seat.

*Was injured on his debut weekend, meaning he did not get to race