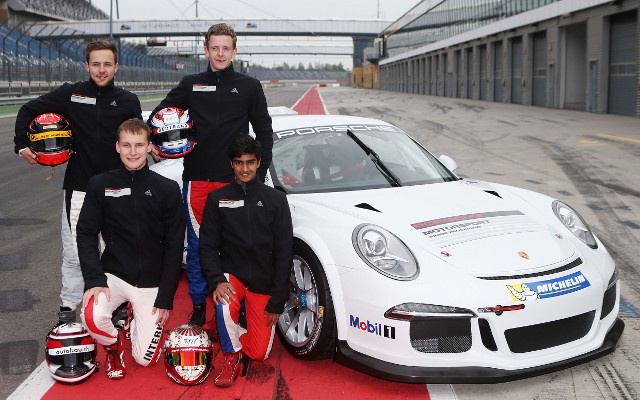 Four stars of junior single-seater racing made the final phase of the selection process to become a Porsche junior driver in 2016.

Eight drivers underwent initial tests and interviews away from the circuit, before the final quartet proceeded to an on-track shootout at Lausitz on Tuesday and Wednesday.

The chosen driver will participate in the German Porsche Carrera Cup next year as a Porsche junior driver.

Other drivers to have been selected for the same scheme in recent years include ex-F3 racer Sven Muller, a four-time winner in the Supercup this season, and former GP3 driver Michael Christensen, who is now a fully-fledged factory athlete in the World Endurance Championship.

“We were impressed with all of them,” Porsche Motorsport junior programme manager Andrea Hagenbach.

“Selecting our new junior won?t be easy. In addition to sheer speed on the track we also take into account their personalities, how they work within a team and their communication skills.

“We will meticulously evaluate all the data over the next few weeks and we?ll then make our decision.”

A second Porsche junior will be chosen from another shootout, made up of drivers already competing in national Porsche one-make cups, to take part in the Supercup next season.

Among the drivers taking part in that process are ex-Italian F3 champion and GP3 racer Riccardo Agostini, who currently leads the Italian series and will be aiming to follow in the footsteps of compatriot Matteo Cairoli as well as 2013 victor Earl Bamber, who won the Supercup a year later and then the Le Mans 24 Hours outright in June this year.