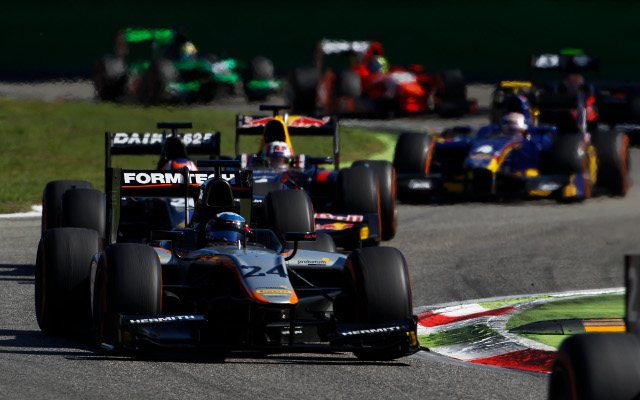 The beleaguered GP2 team Hilmer Motorsport will miss an event for the second time this season at Sochi this weekend.

The German squad, which runs in the colours of the Force India Formula 1 team, had previously missed the opening round of the campaign in Bahrain and was later able to only field one car at Spa-Francorchamps and at Monza.

Regular driver Nick Yelloly left the squad prior to the Italian round and was replaced by Simon Trummer, but the Swiss racer is in World Endurance Championship action in Japan this weekend.

GP2 teams are usually required to run two drivers at every event in a season.

Nicholas Latifi will return to the series with MP Motorsport after previously turning out for the Dutch outfit in Hungary.

The Canadian is expected to see out the season with the team and is partnered in Sochi by Rene Binder, who scored his first points of the season at Monza after switching to MP from Trident.

Binder’s former seat at Trident was filled in Italy by Johnny Cecotto and the Venezuelan will continue alongside?Raffaele Marciello despite announcing three weeks ago that his career had ended after failing to secure government support.

Nathanael Berthon is back at Lazarus after European Le Mans Series commitments kept him away from Monza, while it’s all change at Carlin with?Dean Stoneman making his debut and Sean Gelael returning after a clash with FR3.5.

Two drivers remain on GP2 duty despite clashes with more prominent championships in which they’ve been competing.

Alexander Rossi?steps back to GP2 to complete the campaign with Racing Engineering after contesting his first two F1 races for Manor since Monza, while Richie Stanaway will continue to race with Status rather than attend this weekend’s WEC round in his role as an Aston Martin Racing driver.

Rossi is the only driver who can stop Stoffel Vandoorne from wrapping up the title this weekend.