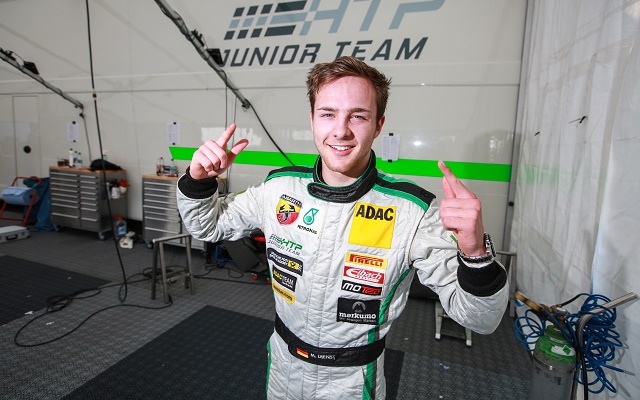 Mawson held provisional pole after the first session, with Janneau Esmeijer less than a tenth off to claim second in group.

However, it took Dienst less than half of the time allotted for Group 2 to improve upon the earlier benchmarks.

And, after the session was interrupted by a red flag for Michael Waldherr, Dienst went even better, putting in two laps good enough for pole.

Championship leader Joel Eriksson limited the potential damage to his points gap in second, while Tim Zimmermann – yet another ADAC Formel Masters graduate – was third.

The top five on the grid remains unchanged on second-best times, albeit Beckmann moves up to sixth past Shwartzman, who also drops down behind yet another Mucke teammate Ortmann.

Fittje and Newey will again make up row five.