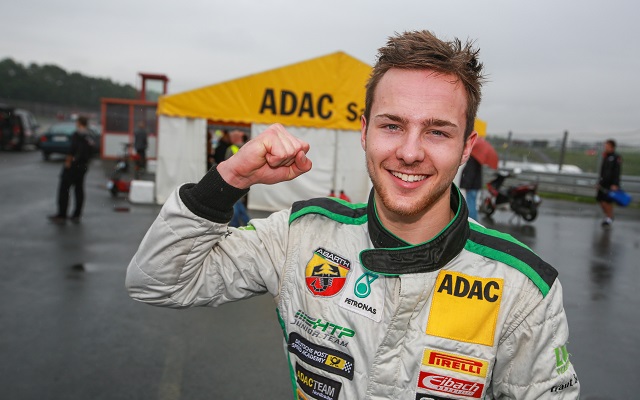 Dienst emerged victorious following a battle with main title rival Joel Eriksson, who managed to overtake him with a better launch off the line.

Despite leading off the line, Eriksson could not pull away from Dienst and the latter soon reclaimed the lead, just before the first appearance of the safety car, due to the stranded car of Marek Bockmann.

The duo confidently led the field at the restart until Giorgio Maggi‘s incident, which neutralized the race once again.

And the green flag did not last long next time around either thanks to a?collision between Robert Shwartzman and Janneau Esmeijer.

The Mucke driver was trying to overtake the dropping Joseph Mawson at turn one but went way too deep into the corner and hit Esmeijer’s car, who suffered a broken suspension, and got trapped in the gravel.

With only one minute left on the clock, the race was called at that point, gifting Dienst the victory.

Eriksson finished second to minimize Dienst’s advances in the championship, while the podium was completed by Tim Zimmermann.

The top ten was completed by Michael Waldherr who will start the reverse-grid race three from pole position.