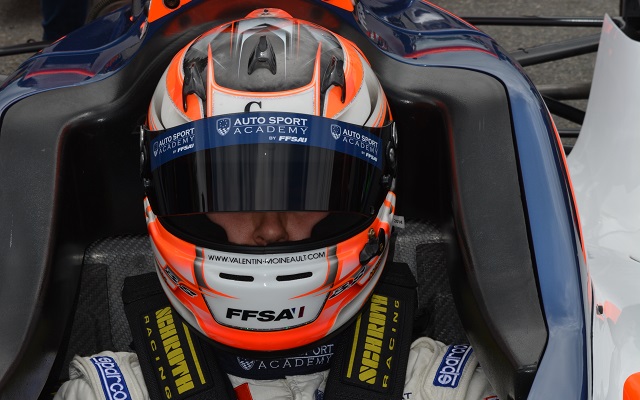 Valentin Moineault collected his fourth French F4 victory of the season in the Magny-Cours opener to extend his championship lead to 28 points.

The series?leader held?first?off the line but he was soon under attack from Sacha Fenestraz.

Although he was twice overtaken by Gabriel Aubry in the beginning of the race, Fenestraz managed to secure second for the closing stages and put pressure on Moineault.

The sophomore driver?did not put a foot wrong?however and saw the checkered flag first, followed by Fenestraz and Aubry.

They were closely followed by another trio as Kami Laliberte, Reuben Kressner and Simo Laaksonen were all less than five seconds behind the winner.