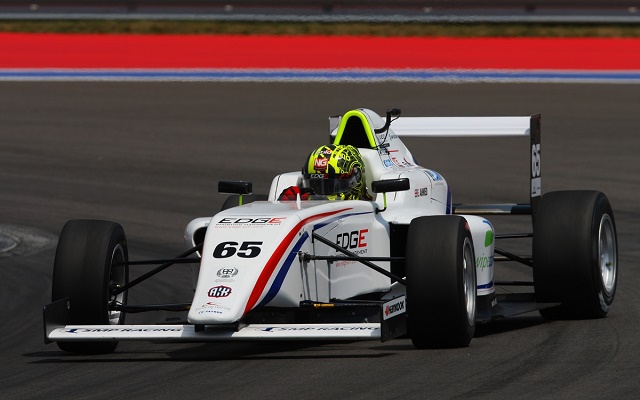 Starting on the front row, Ahmed got off to a great start to pass pole-sitter Niko Kari and went on to build a lead of two seconds by the end of lap four.

Kari managed halve the lead to see the checkered flag one second behind Ahmed, who celebrated his first race win just a week after his maiden MSA Formula podium.

Niclas Nylund picked up a podium finish after passing Ivan Matveev at the start, the Finn having lost an earlier podium finish at Moscow due to a penalty.

The top five was completed by Vladimir Atoev.

Nerses Isaakyan secured sixth followed by Aleksanteri Huovinen, who gained two positions on the penultimate lap with a double overtake on Alexey Korneev and Aleksanteri Maslennikov.

The top ten was completed by Nikita Sitnikov, the Russian passing on Alexander Vartanyan, who completed his car racing debut in 11th.

Despite finishing second, Kari has been handed the full 25 points for the race thanks to Ahmed’s guest driver status.