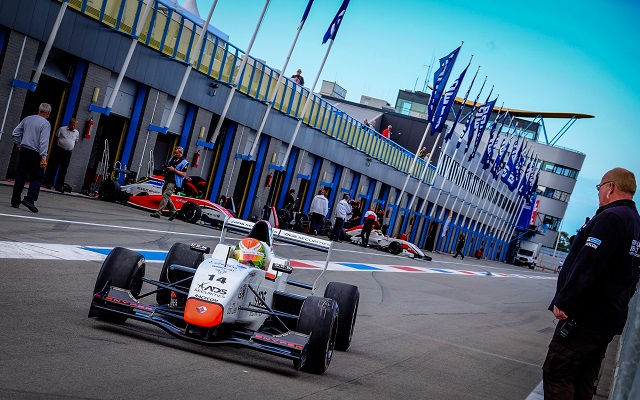 The Swiss driver was under pressure from Callan O’Keeffe in both the early and late stages of the race but Deletraz did not put a foot wrong on his way to winning, while O’Keeffe recorded his best finish of the season in second.

Although Ukyo Sasahara lost out to Kevin Jorg at the start, the Japanese racer quickly reclaimed third to complete the podium, while Jorg had to settle for fourth.

Despite running sixth for most of the race, Max Defourny finished eighth and the top ten was completed by Darius Oskoui and Colin Noble.

Race one winner Dries Vanthoor received a drive-through penalty from seventh for a jump start, which put him into 16th.