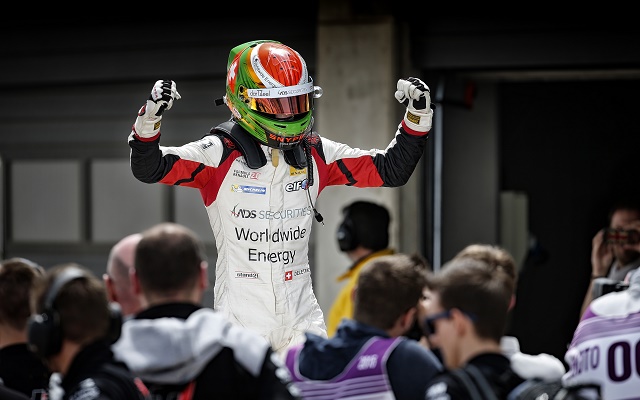 The Swiss driver had a perfect getaway off the line and led the race lights-to-flag.

His early two-second lead was eroded by the race’s only safety car period, brought on by a big accident for Tech 1’s Simon Gachet, who crashed into the wall in high speed.

But it was inconsequential in terms of the fight for victory as Deletraz nailed the restart and managed his lead for the remaining laps.

Josef Kaufmann Racing’s two cars locked out the top two as Kevin Jorg completed a calm race, running within a second of his teammate after the restart.

Starting from sixth, Ben Barnicoat passed Anthoine Hubert on lap one and the duo spent the entire race close to each other. They nearly fell back into the clutches of seventh-placed Jake Hughes, but finished as they ran.

Jack Aitken ended the race behind teammate Hughes in eighth, while the top ten was was completed by Manor MP duo Ignazio D’Agosto and Lasse Sorensen.

UPDATE: Lasse Sorensen has received a 25-second penalty for overtaking under safety car, allowing Matthew Graham to move up into the points.