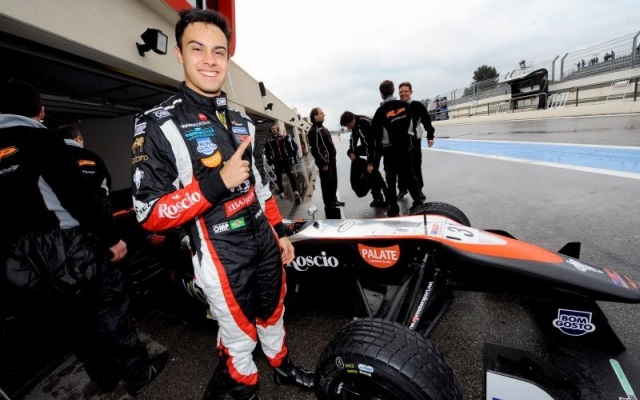 Having started first, Baptista didn’t have the best of getaways as he entered the first corner in third, only to immediately reclaim the lead as his opponents ran wide.

Alessio Rovera spent the entire race in second with a late charge on Baptista for the lead. He took the checkered flag a second behind the Brazilian.

Although he qualified eighth, championship leader Konstantin Tereshchenko quickly fought his way up to third after a series of impressive overtakes.

He finished ahead of Yu Kanamaru and Tanart Sathienthirakul, with the Japanese driver almost snatching the final podium spot on the final lap.