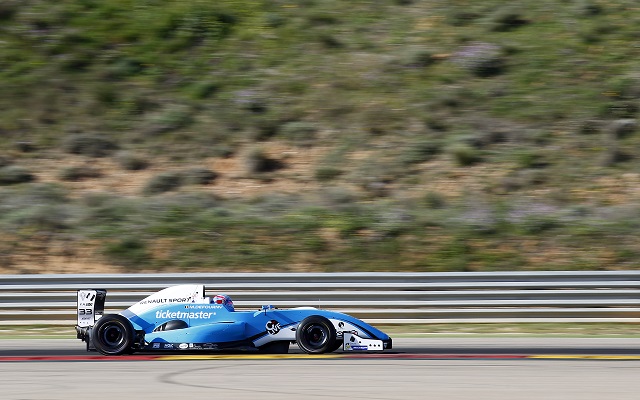 Max Defourny and Lando Norris dominated their respective qualifying groups to kick off the first and second Eurocup FR2.0 races of the season from the front row?at Aragon.

Reigning MSA Formula champion Norris was in the league of his own in the first session, ending up six tenths in the clear.

However, Defourny lowered the benchmark with his time of 1m55.159s in the subsequent running, giving him pole for Race 1.

Jehan Daruvala and Harrison Scott beat Robert Shwartzman and Nikita Troitskiy by seven and nine hundredths to take fifth and sixth respectively with the latter duo lining up behind them.

The top 10 will be completed by Bruno Baptista and?Alexey Korneev.

The grid of Race 2 will see the?unchanged top 3 of Defourny, Norris and Boccolacci.

Scott and Shwartzman both gain two positions compared to the first race’s grid as they are set to start ahead of Aubry and Daruvala as well as Troitskiy, Baptista and Hugo de Sadeleer.