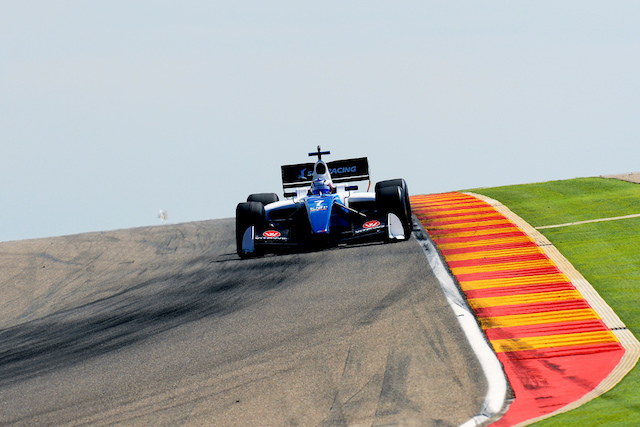 Egor Orudzhev beat?Louis Deletraz by 13 thousandths of a second to start the Formula V8 3.5 season with his maiden series pole position at Motorland Aragon.

Orudzhev led for large parts of the session, but was involved in a three-way fight with Deletraz and?Tom Dillmann throughout.

The Russian was twice demoted by his rivals in the thrilling closing stages of the session, but crucially his final effort would go unbeaten.

Just 0.013 seconds behind Orudzhev, series debutant Deletraz set a personal best sector one on his final lap but lost time after that and had to settle for second ahead of Dillmann.

Matthieu Vaxiviere, series runner-up and a five-time pole-sitter last year, could only manage 10th with the new SMP Racing entry. An incident between him and tail-ender?Giuseppe?Cipriani?was under investigation after the session.