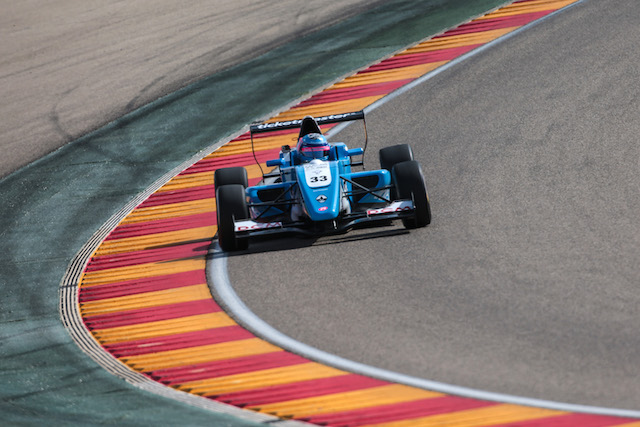 Max Defourny claimed a lights-to-flag victory in the opening race of the Eurocup Formula Renault season at Motorland Aragon.

From pole position, Defourny kept category debutant Lando Norris at bay during the opening couple of laps before building a margin of around 1.7 seconds, where the gap remained for the rest of the race.

Norris was put under pressure briefly by?Dorian Boccolacci, but the former Formula 3 driver would later fade with a problem of some kind and ended up 11th.

It was a terrible race for Boccolacci’s Tech 1 team, with Gabriel Aubry dropping out of an early fifth place,?Sacha Fenestraz retiring to the pits on the first lap and Hugo de?Sadeleer?taken out?by?Alex Perullo, who had clipped the rear of?Rodrigo Plucker‘s car.