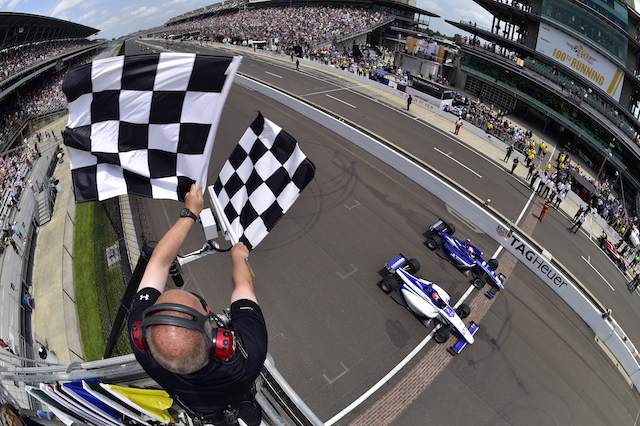 Dean Stoneman scored his?second Indy Lights win at Indianapolis in as many weeks as he pipped?Ed Jones to the Freedom 100 oval race by just two thousandths of a second.

Stoneman and Jones battled for the win for most of the race, with the latter getting ahead at Turn 1 on a one-lap shootout following a late caution.

Andretti Autosport driver Stoneman went around the outside of Carlin’s Jones at Turns 3 and 4 though, and just nosed ahead by 0.0024 seconds at the finish line.

Carlin drivers Felix Serralles and?Neil Alberico were next, while?Juan?Piedrahita?ended up ninth having almost run into the back of leader Stoneman at the final restart, chasing a first win on his 38th start.?Felix Rosenqvist had a quiet run to 10th.