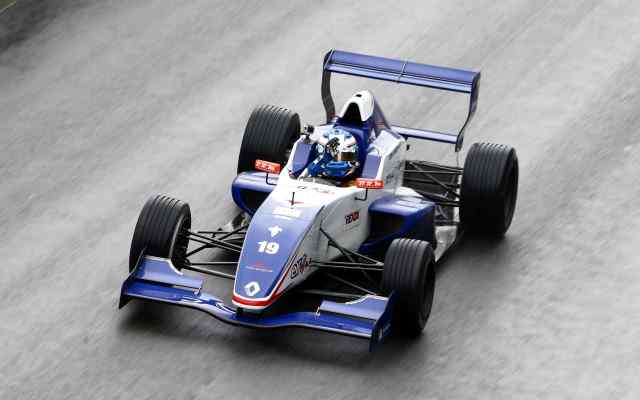 Nyck De Vries remains unbeatable in the 2014 Formula Renault Alps season after a dominant victory in a rainy race two at Pau.

Once again, starting from first position, the McLaren junior led every single lap of the race and finished with a gap of 22 seconds.

Due to the rain, the slippery track was really difficult to handle, which caused several incidents affecting drivers like?Alessio Rovera, Simon Gachet or Matevos Isaakyan with only 11 cars finishing the race.

Charles Leclerc ended up in second after taking advantage of mistakes from Gachet and Isaakyan in the late stages of the race. Tech 1 Racing duo Hugo De Sadeleer and Philo Armand finished third and fourth respectively with the 16-year Swiss driver celebrating his maiden podium finish.