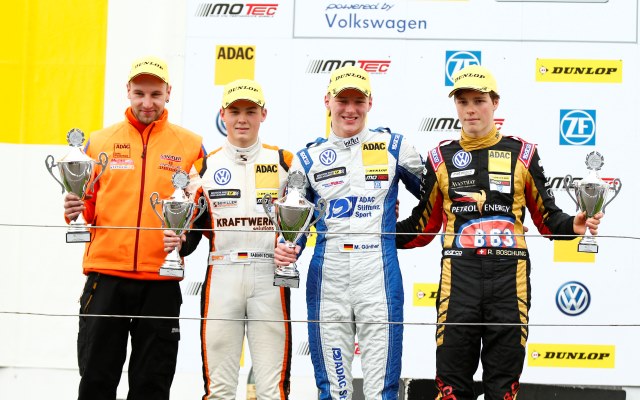 Maximilian Gunther rebounded from crashing out at the start of the first ADAC Formel Masters race at Zandvoort by leading race two from start to finish.

On a wet track, he opened up a six second lead over the opposition but that advantage was eradicated by a safety car triggered by Nico Menzel.

He retained the lead at the restart, before the the safety car returned to the track at the finish.

Fabian Schiller dropped from third on the grid to fourth behind Ralph Boschung, but fought back to pass both Boschung and then championship leader Mikkel Jensen. Jensen was relegated to fourth by the finish by Boschung.