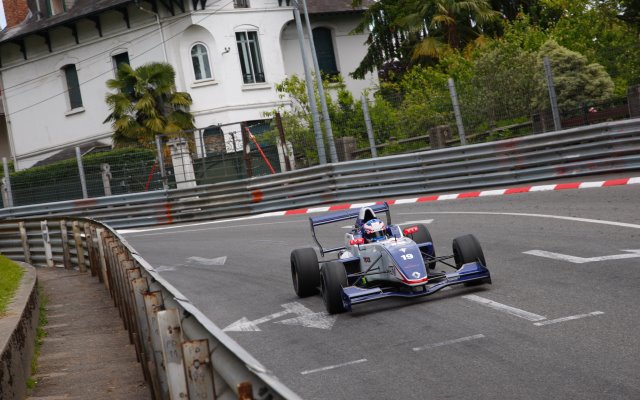 The field was split into two groups for the qualifying. In the first session, Matevos Isaakyan and Simon Gachet were in a different league and fought their own battle for first place. Eventually, it was Formula Renault 2.0 rookie Isaakyan who went fastest.

In the second group, three drivers, De Vries, George Russell and Alessio Rovera dominated with De Vries taking the pole as he went 0.06s and 0.01s faster than Isaakyan and Rovera respectively.

As a result, the front row of De Vries and Isaakyan will be followed by Rovera and Gachet. Russell, Charles Leclerc and Ben Barnicoat will start from fifth, sixth and seventh to be the best karting graduates.

The top ten is rounded out by Canadian Luke Chudleigh, Pole Alex Bosak and Indonesian?Philo Armand.

The top six positions on the grid for race two are set to be the same based on second-best times, with De Vries’ second best lap only 0.002s slower than his quickest.

Munro charges to victory in FMCS opener at Zhuhai