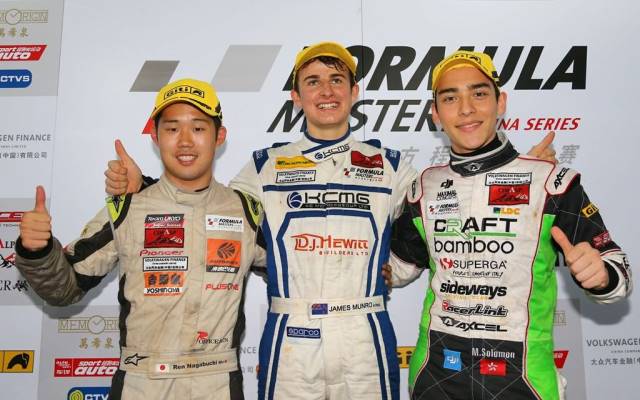 KCMG’s James Munro managed to secure a second Formula Masters China victory in as many races with a commanding victory in a wet race two at Zhuhai.

The Kiwi started from pole having taken the fastest lap in race one, and led all the way to cross the line over three seconds ahead of the rest. The inclement conditions and several incidents meant that the race started under safety car, with only three green flag laps.

Yuja Motojima?took second place after starting in the same position. Munro’s teammate?Dan Wells?started third, but was stuck in fourth gear right from the initial stages, and after his gear linkage broke he slipped to fifth by the end.

Matthew Swanepoel,?the race one polesitter, started from sixth place, but suffered a repeat of the clutch problems that befell him in the first race. He retired after being hit by Zen Motorsport driver?Bao Jin Long?while making his way back up from last.