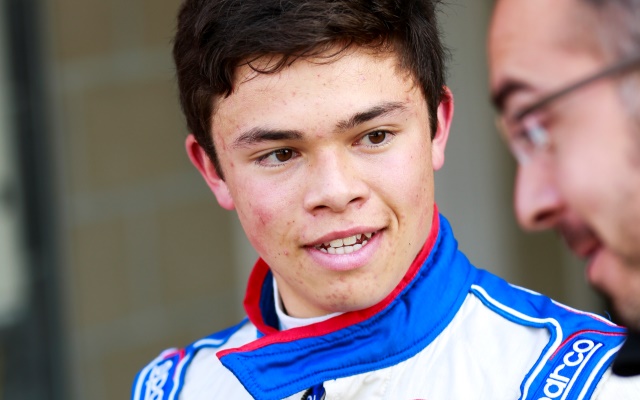 Nyck de Vries collected his third and fourth Spa-Francorchamps pole positions in the space of a week with a commanding performance in qualifying for the Formula Renault 2.0 Alps round.

A pair of quick laps on his final run put the Dutchman well clear of the benchmark set in the first group by double Spielberg winner Matevos Isaakyan, and were enough for him to finish 0.889 seconds ahead of his nearest rival in the group, Charles Leclerc.

De Vries claimed pole for both Eurocup races at the Belgian circuit last weekend, but was beaten to victory on each occasion.

After setting the pace in practice, the Monegasque rookie led the way in the early running before a red flag triggered by an off for Fortec team-mate Thiago Vivacqua. Leclerc was unable to find as much time as de Vries at the end of the session, and will line up on row two with Simon Gachet alongside him.

BVM driver Dario Capitanio took third in the second group to claim P5 on the grid, with wildcard Raoul Owens lining up alongside him. Luke Chudleigh and?Seb Morris will share row four, with Ben Barnicoat and Alessio Rovera behind them.

On second-fastest times, the front two rows for race two will be the same, with British Fortec racers Barnicoat and Morris moving forward onto row three. Chudleigh and Rovera will be on row four, with Capitanio and Owens completing the top ten.