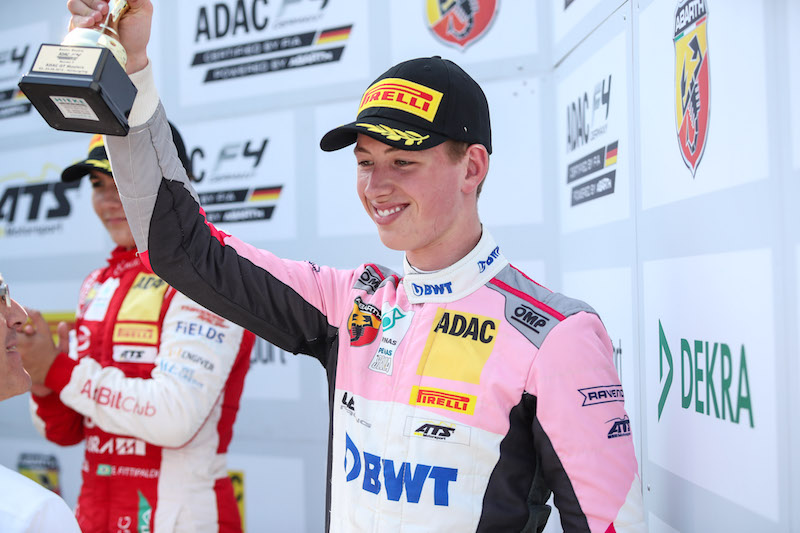 Schumacher, the son of F1 race winner Ralf, shone on his single-seater debut last January when he finished as runner-up in the Formula 4 UAE series, despite missing the opening round. He followed it up by winning the rookie cup in ADAC F4, as well?as a solid guest appearance?in the final two rounds of the Euroformula Open championship.

Schumacher is only currently scheduled to compete in the opening double-header at Thailand and Sepang.

The team will also run 16-year-old Belgian racer Cordeel, who clinched the Spanish F4 title last year by four points in the final race of the year. Nandy, who finished sixth in the main Asian F3 championship last year and has previously competed in GP3, will complete the three-car team.

Pinnacle dominated the final round of the inaugural?Asian F3 series last year, Liam Lawson won all three races on his series debut, becoming only the second non-Hitech GP driver to win a race in the championship.

“We closed 2018 by dominating the final event of the year. So to start the Asian Winter Series with such a promising driver lineup really gives us a lot of confidence,” said team director John O’Hara. “This will also be the most number of cars we’ve ever entered in the series and everyone at Pinnacle Motorsport is excited to take on the new challenge.?

The two-car B-Max Racing Team entry of Tairoku Yamaguchi and ‘Dragon’, will be “run in collaboration” with Pinnacle, according to a statement from the team.

Vivien Keszthelyi, who is in a relationship with Schumacher, will also race in the championship with Black Arts Racing as she makes her single-seater debut.

The 18-year-old from Hungary is attempting to secure a place in the W Series – which will use the same car, engine and tyres as Asian F3 – after finishing runner-up in the DTM-supporting Audi R8 Cup in 2018.

The first Asian F3 Winter Series will comprise three-events, with three-races per weekend. It kicks off in Thailand this weekend, with two further rounds both at Sepang.