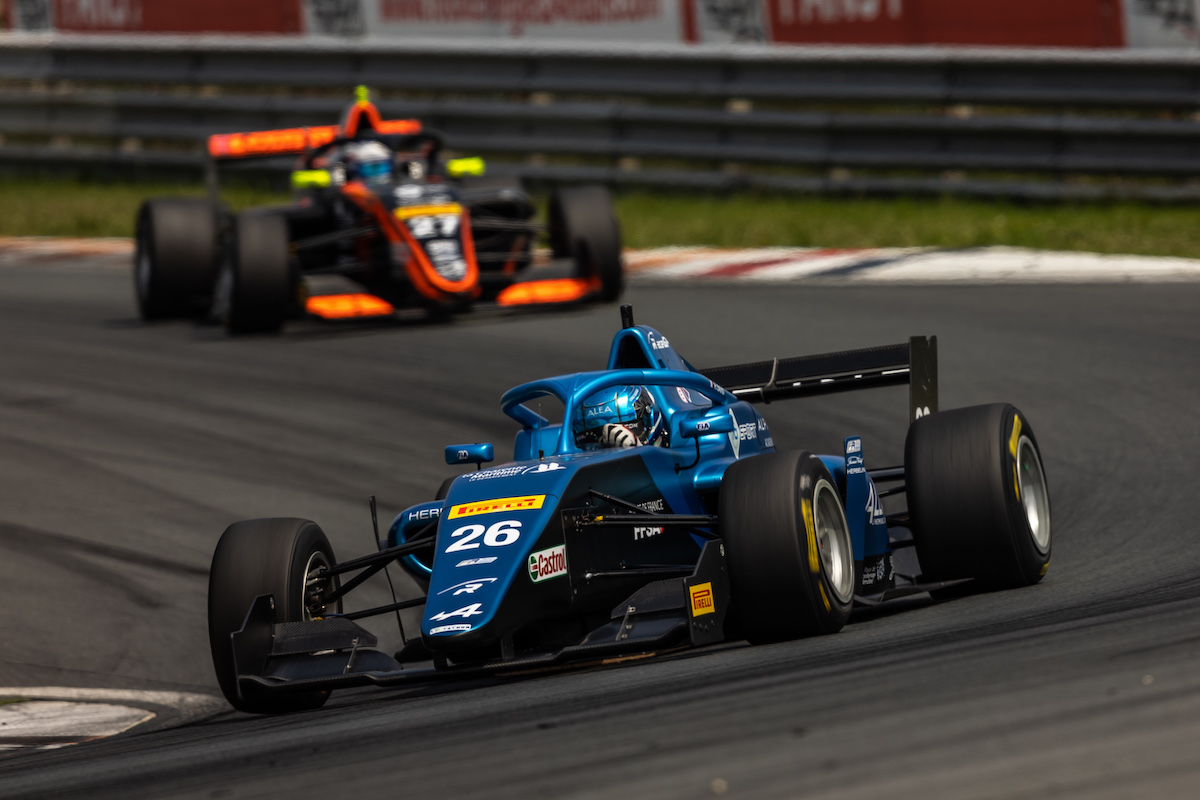 Hadrien David and Joshua Dufek have both incurred penalties for premature use of the push-to-pass function at the restart of the first Formula Regional European Championship by Alpine race at Zandvoort.

From reviewing data acquisition and onboard images the stewards determined that both drivers had pressed the push-to-pass button before the start-finish line as racing resumed following a safety car period two laps from the end of the race.

Push-to-pass was introduced by FREC this season in a bid to facilitate overtaking in the series, with each driver allowed to activate the system five times during a race. However, under Article 23.8.2(b) of the Sporting Regulations, drivers may not push the button before crossing the finish line following the withdrawal of the safety car.

R-ace GP driver David, who had finished in second place on the road, activated the overtaking aid 498 metres before crossing the line. With the field bunched together by the safety car the 10-second time penalty drops him to 12th position in the final classification.

Dufek incurred the same time penalty, having pressed the push-to-pass button just 45 metres before crossing the line. Having earned a best ever FREC finish of sixth on the road, the penalty drops the Van Amersfoort Racing driver to 23rd.

According to the stewards’ decisions, both drivers admitted their misdemeanours. The decision of the stewards may not be appealed.

As a result of these penalties being applied, Dufek’s team-mate Kas Haverkort inherits second place and, with David out of the points, moves above the French driver to third in the overall standings.

FA Racing’s Victor Bernier, who had been passed by Dufek at the restart, and RPM’s Pietro Delli Guanti have been promoted to ninth and tenth places respectively, each thereby scoring their first points of the season.