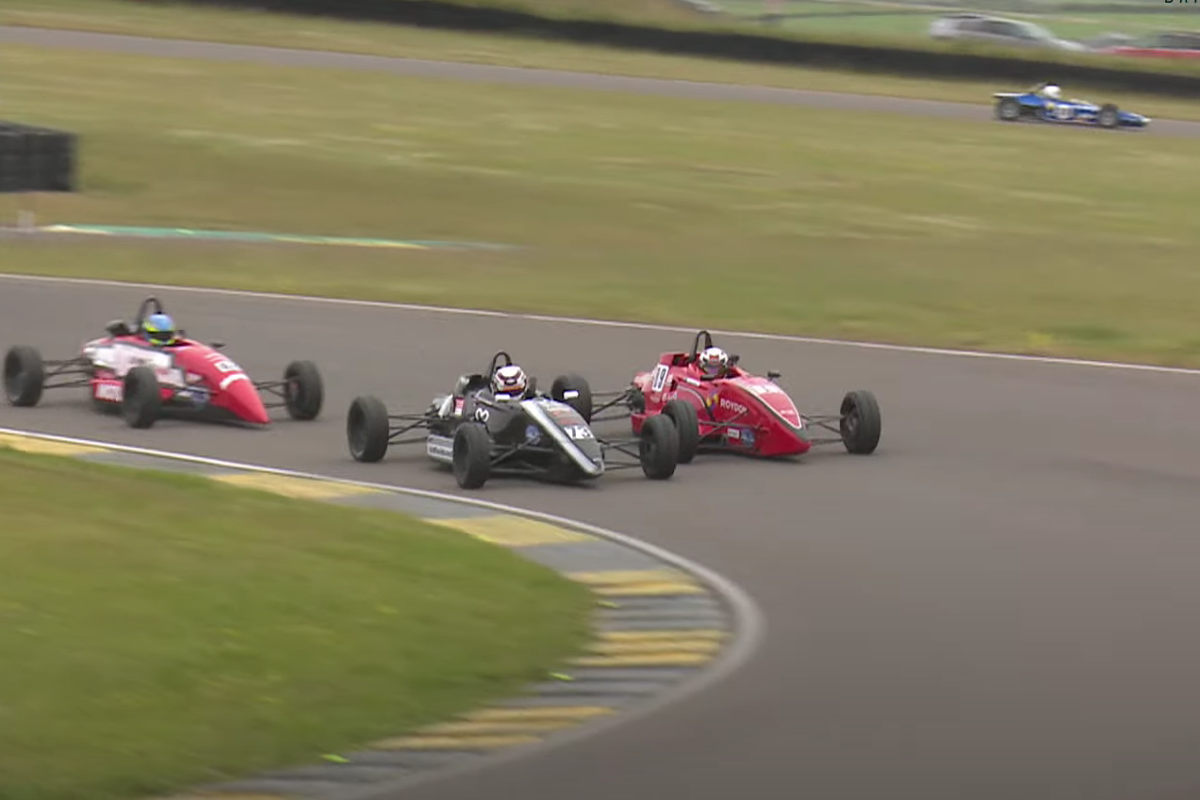 Kevin Mills Racing’s Jordan Dempsey was also involved in the lead battle, but could only finish 11th after a late spin while battling with Ammonite Motorsport’s Colin Queen, who profited to move to the top of the standings.

Dempsey made the better start to move ahead of polesitter Sharp into turn one, while Romanek came out on top in an opening lap tussle with Queen for third.

But Queen’s team-mate Andre Lafond retired with rear-left suspension damage in a collision at Rocket corner with Team Dolan’s Morgan Quinn, who tumbled to 20th.

B-M Racing’s Sharp regained the lead from Dempsey at Rocket on lap two, as a four-way scrap developed at the front.

Romanek eventually drove around the outside of Dempsey for second and then took first from Sharp at Rocket later in the lap.

Sharp made the same move next time by to wrestle back the lead with less than two laps remaining, while Queen pounced behind to take third away from Dempsey.

A few corners later, Dempsey made a lunge back up the inside but spun and dropped to 12th before making up one position.

On the final tour, Romanek drew alongside Sharp once more into Rocket and completed the move, before fending off Sharp through the last few corners to triumph by 0.120 seconds.

Queen was a further 0.25s behind in third, ahead of team-mate Shawn Rashid. Brandon McCaughan was fifth for Oldfield ahead of KMR’s debutant Josh le Roux.

Ben Cochran was seventh for Dolan ahead of KMR’s other newcomer Alex Vos, while Quinn recovered to 10th.