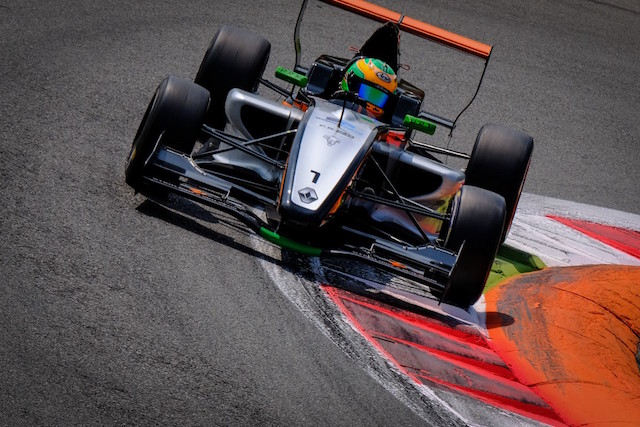 Jehan Daruvala and Max Defourny claimed a pole position each in qualifying for the first round of the Formula Renault NEC campaign at Monza.

Force India protege Daruvala outpaced his Josef Kaufmann Racing team-mate Lando Norris by over a quarter of a second to take pole for race one.

Daruvala was pipped by Defourny by 0.057s in the second session.

Will Palmer, only 12th in the first session, was third this time around ahead of Fenestraz, with Norris and Boccolacci relegated to row three. Shwartzman, Troitskiy, Aubry and Gill were next up.

Cecotto and RP Motorsport ahead on Friday at Hungaroring