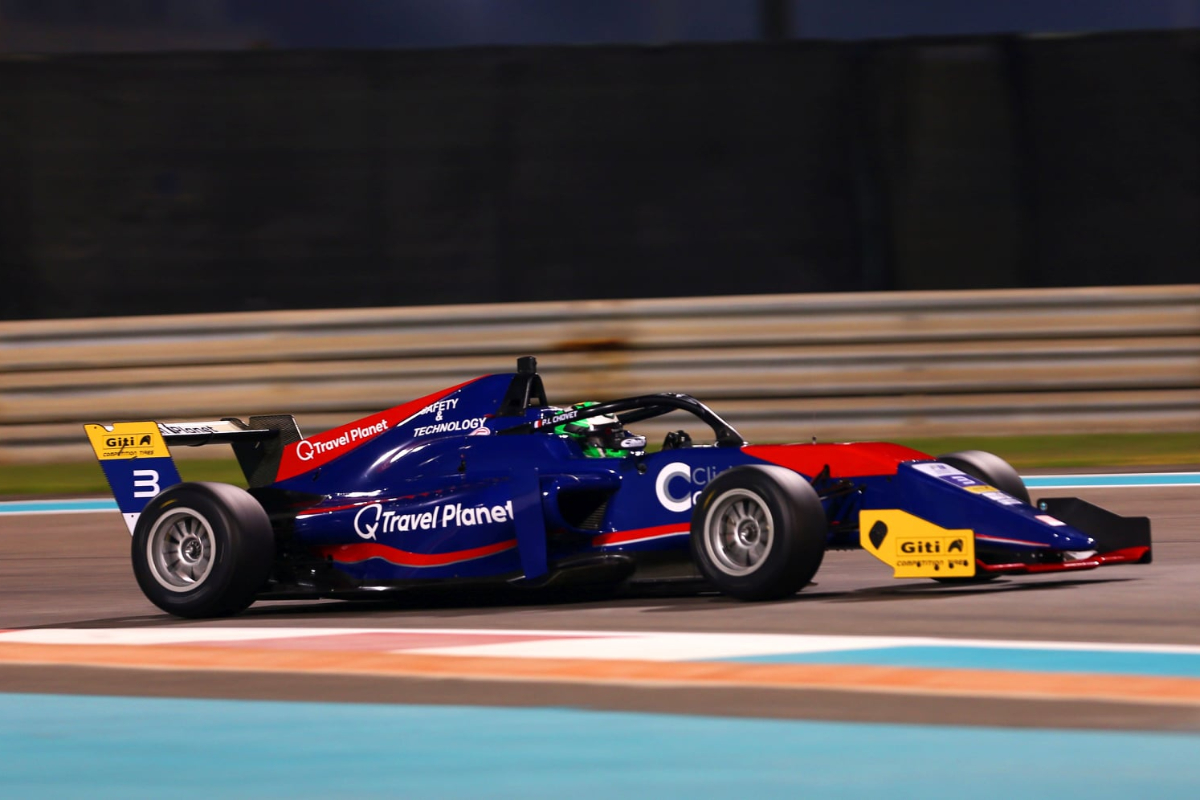 Asian F3 is using the circuit’s Corkscrew layout, which takes a sharp left coming out of the fast Turn 3 into a fast but technical section before returning partway down the back straight.

The first 15-minute session was halted 10 minutes in by a red flag for the stopped Pinnacle-run car of Alessio Deledda before any laptimes were set.

Once the session got underway again, it was Daruvala who put in a 1m52.905s lap straight away to go to the top of the pack.

From there, he was unable to improve. Across the frontrunners, the fastest times were regularly put in either on the first or second flying lap.

Hadjar – the fastest F3 rookie – took second place, a tenth and a half behind the Formula 2 race-winner.

Row two for the first race is comprised of the two race-winners from the first round, with Abu Dhabi Racing by Prema’s Guanyu Zhou narrowly behind Hadjar in third and just ahead of Chovet.

The second session went without the issues of the first and ran cleanly throughout.

Chovet, who was quickest in Thursday free practice, put in a 1m52.371s on his second flyer to go half a second up.

Zhou, unlike many of the frontrunners, was able to go quicker on his penultimate lap to cut the gap to Chovet to 0.212s.

Daruvala will line up in third ahead of Evans GP’s Patrik Pasma. Hadjar rounded out the top five, ahead of Hitech GP’s Roman Stanek.

Track limits coming onto the back straight and out of the final corner appeared to be problematic, with a handful of laptimes deleted during the two sessions.

After coming to a halt in the first session, Deledda was able to take part in Q2 and ended up 19th.