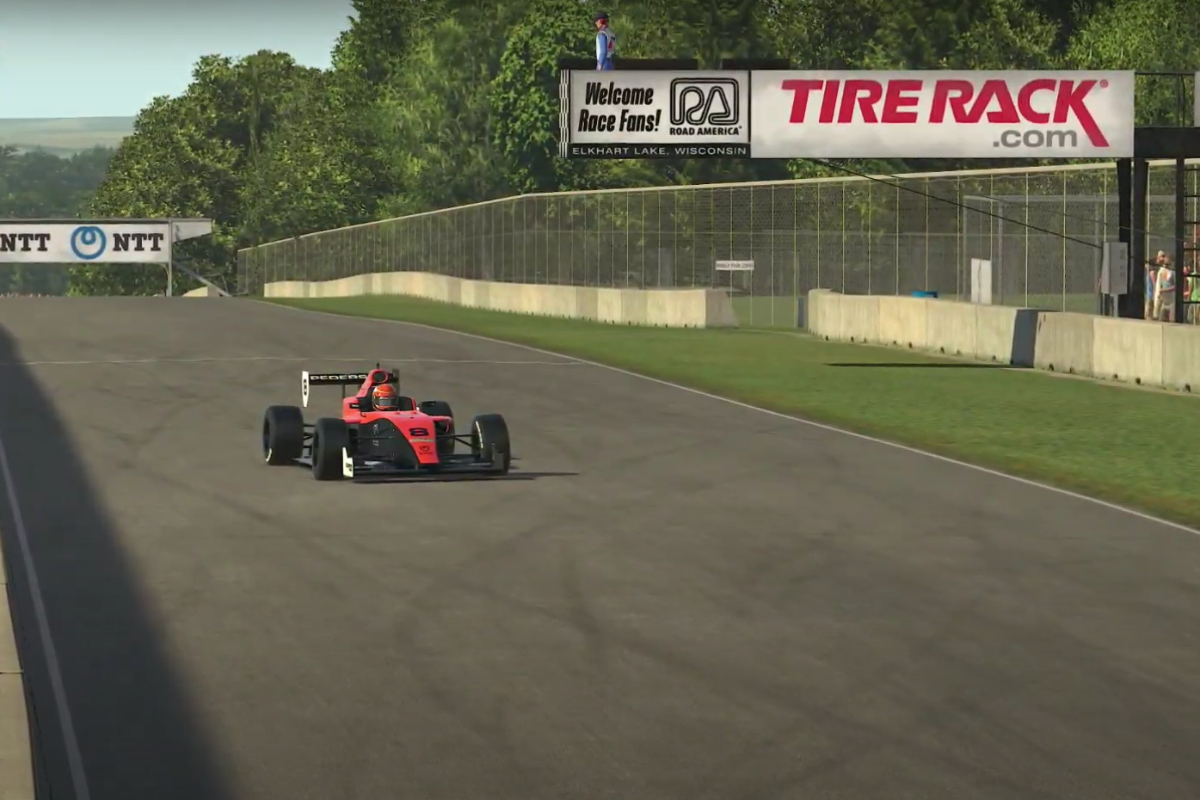 Maxwell Esterson and Benjamin Pedersen won the first two races of the third Road to Indy eSeries season on iRacing at Road America.

Exclusive Autosport’s Braden Eves started and finished second, but dropped down to sixth on the opening lap. On lap four he was back in second place though after three strong overtakes and Juncos Racing’s Toby Sowery spinning out ahead, and he set fastest lap to establish himself in the runner-up spot as DFL Racing’s Nikita Lastochkin settled in third.

Sikes got a drive-through penalty, and Green went down the order but recovered so quickly that two laps later he was passing for fourth place again on Global Racing Group’s Pedersen.

A three-way battle emerged with F1600 graduate Mac Clark until Green span on the penultimate lap, and then a messy final lap left Pedersen down in 10th while Clark and DEForce Racing’s Kiko Porto – another spinner – completed the top five.

Karter Dean Dybdahl ended up in sixth ahead of Bryson Morris and Green. Morris spent almost all of the race fighting with Velocity Racing Development’s Erik Evans, who dropped to 11th at the finish.

Pedersen’s decline down the order actually put him on pole for the reversed grid second race. He only got two corners into the race before there was a full course yellow, with a violent crash occurring on the pit straight as the race went green.

On the restart he escaped battling Turn 3 Motorsport team-mates Dylan Christie and Green, with Christie then spinning from light contact not long after being passed by Green for second place.

Dybdahl was then up to second after Green went off, and the 13-year-old remained there until the final quarter of the race – bar briefly being passed by Michael Myers early on.

Green escaped a frantic four-car scrap for fifth and hunted down Myers in the closing laps, then both closed in on Dybdahl. An incredible overtake by Green around the outside of Canada Corner earned him second, while Myers passed Dybdahl for third into Turn 1 on the final lap.

Eves led a gaggle of cars fighting over fifth, being followed home by Danial Frost (Andretti Autosport), Morris and Clark after late charger Esterson clashed with Clark on the final lap and was penalised 30 seconds.

Evan Stamer and Sowery rose up from the very rear of the grid to finish 10th and 11th.