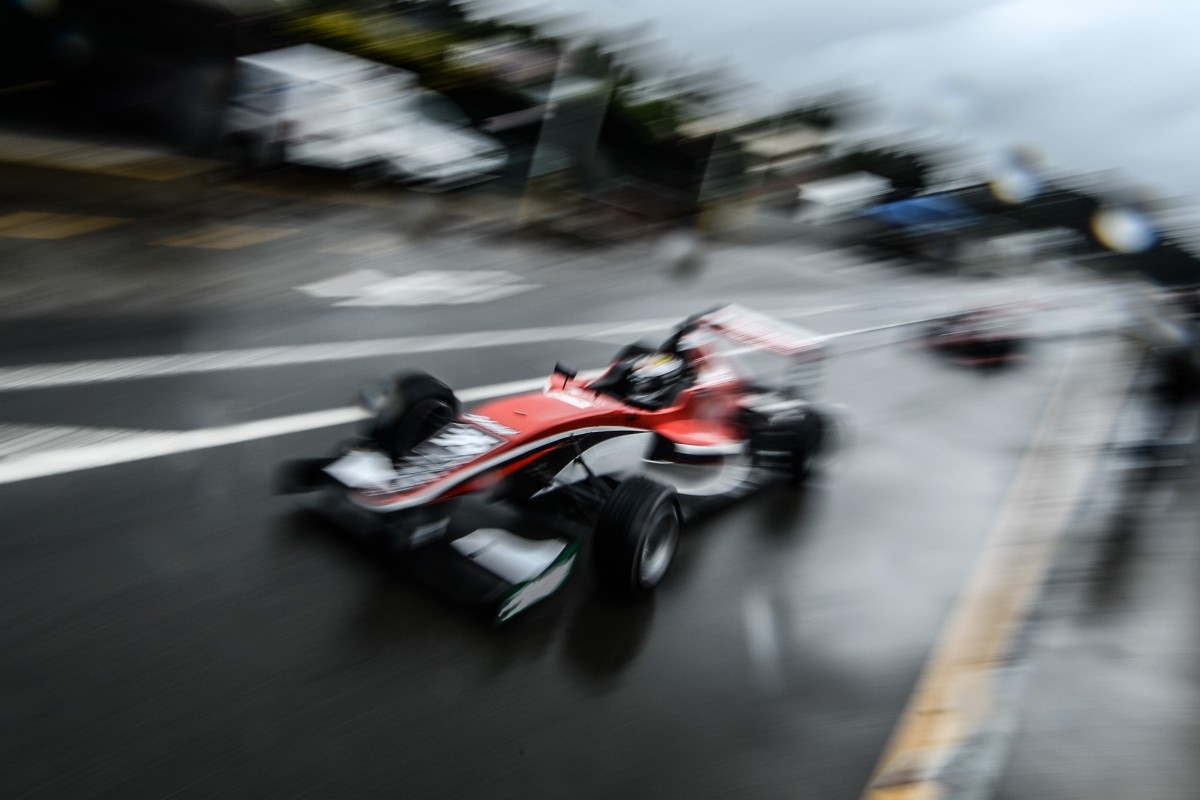 Around this time of year, end-of-season awards and shootouts spring up as racing schedules end. Most titles in 2020 are yet to be claimed though, and a very lucrative award has been called off. What might have been?

Every young driver in single-seaters dreams of one day sampling Formula 1 machinery, including the ones who know they will never have the finances to race at the pinnacle of single-seaters. Over the last 31 years, that’s been made a possibility for British talents though by what has most recently been known as the Aston Martin Autosport BRDC Award (AMABA).

From 1989 to 2018 it was McLaren’s name the adorned the award, and it was the supplier of the F1 car that each year’s winner got to test in as well as one of the racing cars that award finalists got to drive as part of the assessment process.

Red Bull Racing took over the most lucrative part of the prize for 2019, but Aston will have an F1 car (but not design) of its own next season that may end up being incorporated into proceedings. The additional prizes from last year were £200,000 and a test in Aston’s GTE-spec Vantage that it races in the World Endurance Championship.

The slower GT3 version of the car was joined by a MotorSport Vision Formula Two car and a Ligier LMP3 as the vehicles of choice for assessing the on-track skills of the four finalists at Silverstone, with tests away from the track including simulator sessions at Red Bull, rigorous fitness training and media handling-based examination.

Whether all of those components and people would have been back in 2020 is unknown, because the coronavirus pandemic pushed AMABA off the table back in May – when motorsport was totally suspended in the United Kingdom. The target is a return in 2021, and for 2019 winner Johnathan Hoggard to get his prize drives in before the end of this year. 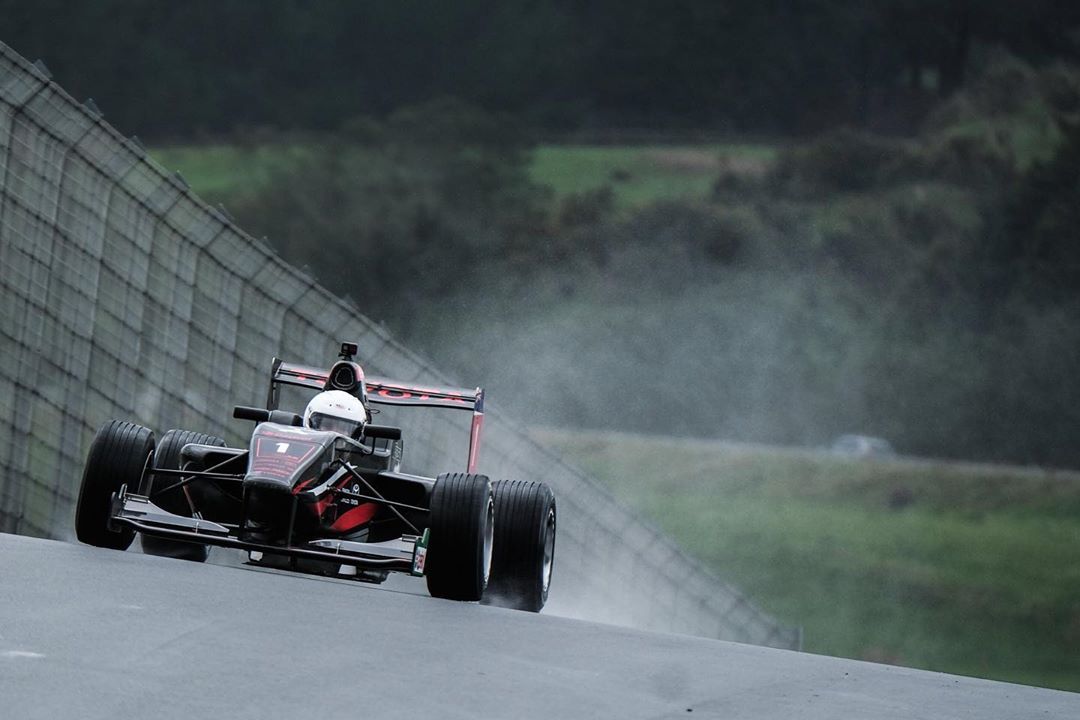 In AMABA’s absence, Formula Scout has devised a (hypothetical) young driver assessment and award proccess of its own.

We start off with deciding which drivers will be eligible, and that’s a pretty easy one: drivers aged 16 to 24 who are born in Britain and have only ever raced under a British racing licence. For racing experience, the cut-off is Euroformula. Anything above and beyond that, like FIA Formula 3 Championship, potentially leaves too large a margin in finalists if you have rookie Formula 4 drivers up against drivers F3 stalwarts who will no doubt find the cars we plan to test them in phsyically easier to handle than a 16-year-old would.

And to be eligible for our hypothetical 2020 award, they have to have been racing this year with a focus on the lower rungs of single-seaters.

That leaves a list of 25 names, and with the assistance of School of Send founder and driver coach Callan O’Keeffe – whose own racing experience included Formula Renault 2.0 and BRDC British F3 – we settle on Brands Hatch as the circuit to test the drivers at.

“I think one the things that makes Brands is so unique is the corner profiles and the undulation of the circuit,” says O’Keeffe.

“It’s like no circuit in the world, it’s a proper old-school driver’s track that hasn’t lost any of its old heritage. There’s no run-off out the back, Paddock Hill Bend is a proper corner with gravel on the exit.

“But then you’ve also got the slow-speed technical stuff like Druids, Graham Hill Bend is obviously very difficult and the run out of Surtees is so hard to get right that when you see a young driver absolutely nailing it their first or second time there, you really, really know that they might be something special. Because you get some drivers that go there five, 10, 15 times and still don’t manage to perfect it. 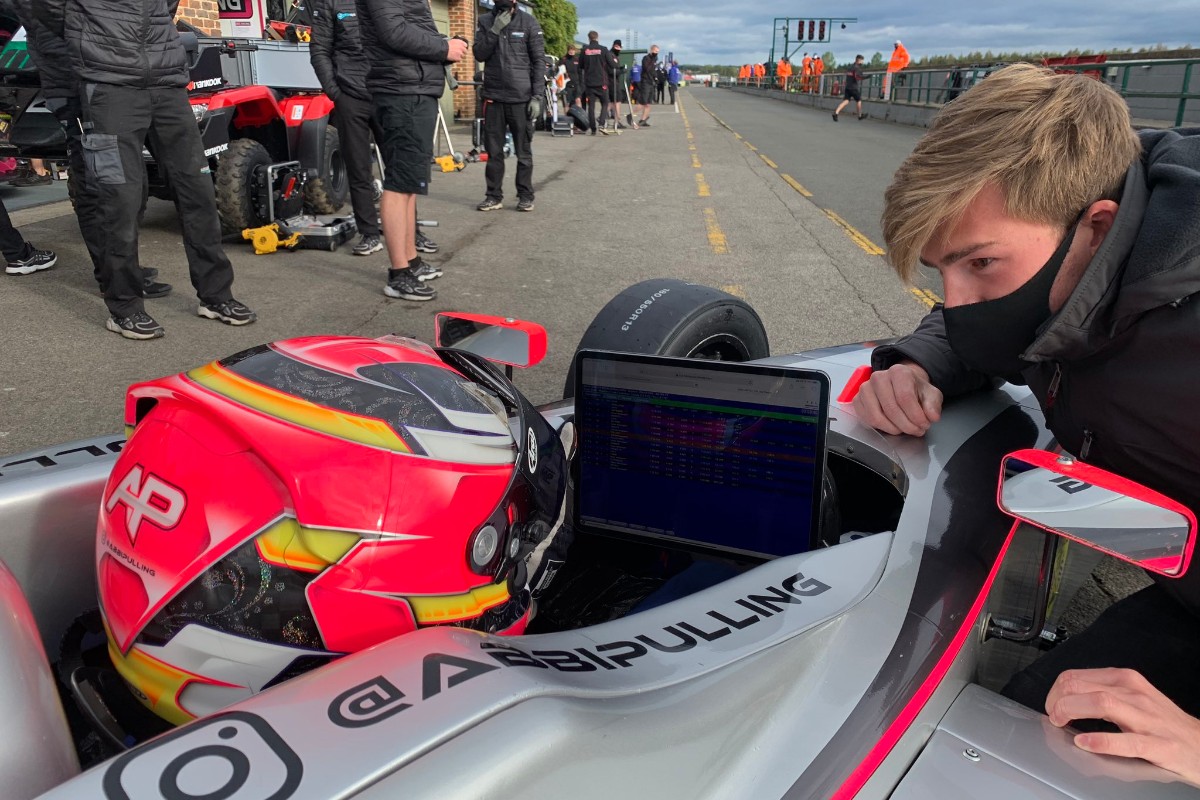 “In my opinion Brands is one of those circuits where you can definitely tell whether or not a driver is going to be special.”

Due to O’Keeffe having coaching several of the potential finalists, we leave him out of the debate on which of the 25 names should be nominated for the award, and it’s decided that the lucky finalists will be assessed at Brands in a aero-heavy turbocharged ‘Class One’ DTM car (which is being phased out of the series), a front-engined four-wheel-drive Bentley Continental GT3 and the skinny wheeled Tatuus TF-50 single-seater that served the Toyota Racing Series from 2015-’19.

Each car poses very different challenges for drivers, and all have some emphasis of physicality, as the ultimate (hypothetical) prize for our award is going to be an in-season FE test rather than a solo try-out of an F1 car in often unrepresentative conditions. On our budget, the additional prizes on offer aren’t as grand as AMABA’s – but one of those is a beanie hat to help keep a warm head when series race into the winter months this year.

The 25 names – spread across FR Eurocup (one), Euroformula (one), Asian F3 (one), British F3 (eight), USF2000 (one), Italian F4 (two), British F4 (seven) and BRSCC National Formula Ford 1600 (four) – need to be whittled down to just finalists, and the condensed debate that decided how we did that can be heard on the latest episode of the Formula Scout Podcast.

A shortened list of nine is decided upon pretty quickly using some fairly objective but scrutinised judgements, with an interesting trend in what level of experience and of series the drivers left represent. Even a FF1600 driver makes the cut.

That nine needs to become six though, and the team debates further until it settles on the names it thinks would be most deserving of a place in 2020’s biggest young driver shootout to not take place (and without an award name too). 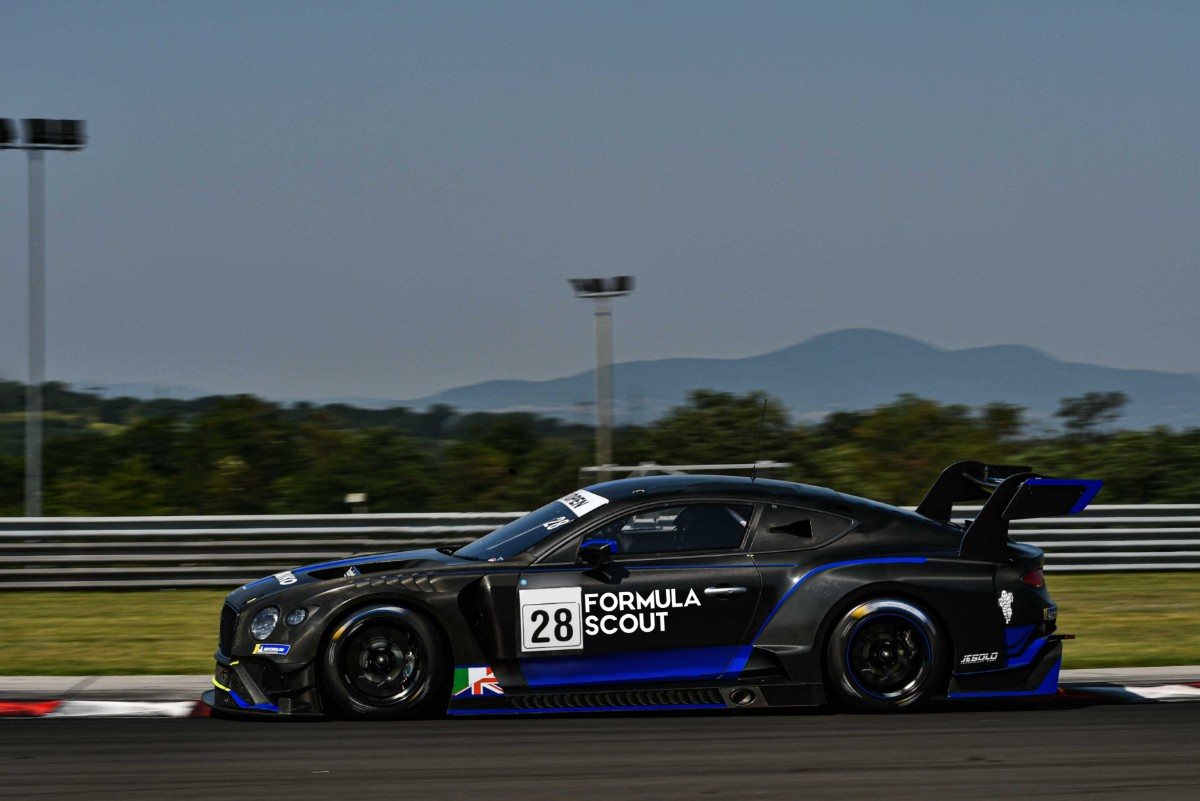 This is where we’re going to look to our readers for a decision. We’ve selected a final six, and hypothesised how they would fare in interview-based assessments based off previous experience, but we have no genuine means of bringing a pack of high-power racing cars to a cold Brands Hatch nor predicting how any of those six drivers would perform in those cars upon driving them for the first time.

Who do you think would have been the 2020 winner of one of the most prestigious prizes in junior single-seaters?

You can listen to the whole debate and planning proccess on our podcast, which can be found on Breaker, Google Podcasts, Overcast, Pocket Casts, RadioPublic, Castbox, Apple Podcasts and Spotify. Read more about the final six Formula Scout decided on below:

This weekend Foster will make his Euroformula debut with Double R Racing, the same team he has been with through British F4 and BRDC British F3. The combination has worked wonders so far, with his single year in F4 resulting in six wins and his F4 graduation so far resulting in three. He’s denied his form has been “up-and-down” this year, but his professional approach and subsequent points scoring consistency is what’s put him right in the British F3 title fight. 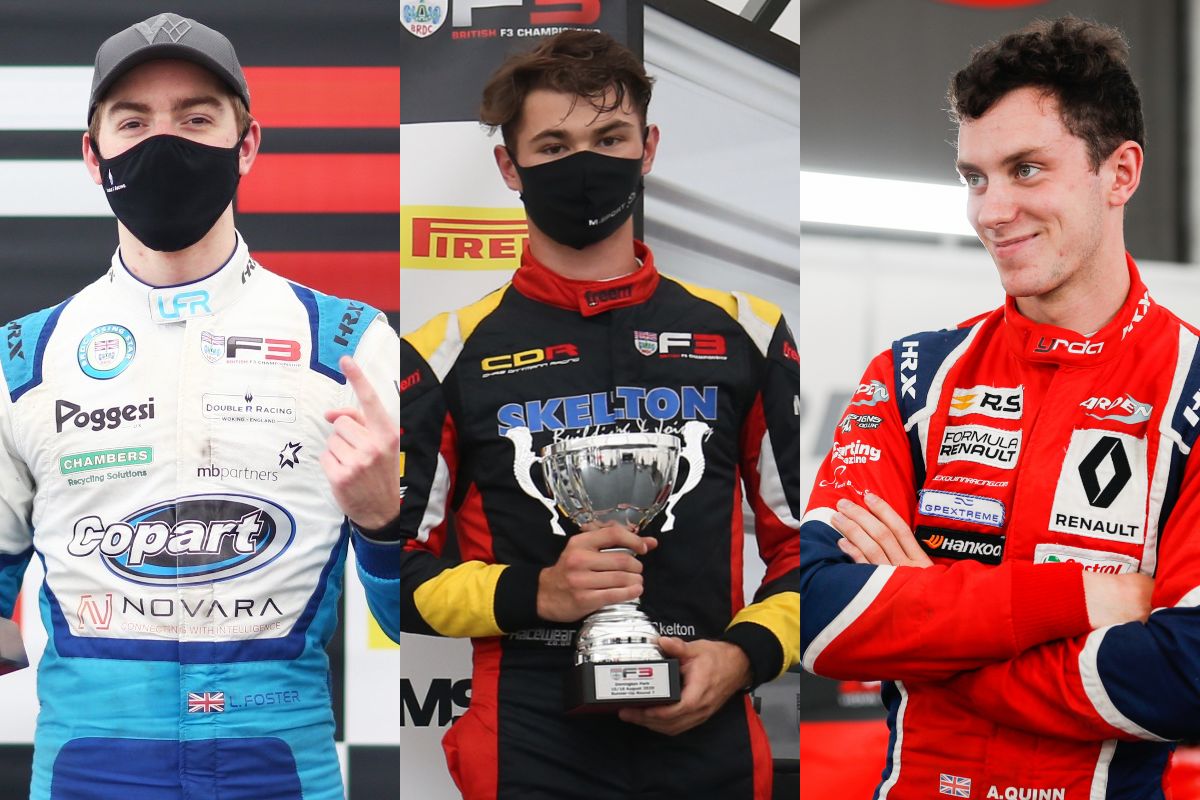 Like Foster, Skelton had an incredibly strong season in British F4 last year that is easy to overlook purely because he didn’t win the title. He was a step above what he achieved as a rookie in 2018, just a handful of top-five finishes, as he made it to the podium nine times in a row, more than anyone else, and proved he was ready to step up to F3. His 2020 there has been quitely impressive, with his ability to always finish in the top 10 not bettered by anyone else, and meaning he could fight for fifth or higher in the standings.

If you take the dominant combination of Victor Martins and Caio Collet out of this year’s Eurocup, Quinn’s podium tally in the highly competitive series would jump from two to five in the first 12 races. At first he was racing on a round-by-round basis, but he’s now settled at Arden – a team he also coaches for and once raced for in Britih F4 – for the rest of the season. He’s scored almost double the points of his two team-mates combined, and will likely end up second in the rookie standings.

Lanan Racing took “a punt” on signing single-seater rookie Prior for British F3, but he rewarded that faith by winning in just his second start. The 23-year-old is by far the oldest on this list, but that’s because it’s taken so long for him to get his car racing break and he’s therefore actually the least experienced. That he looked comfortable in F3 very quickly suggests he would be quick to blend himself into even biggers cars as well, making his inclusion in this list an exciting unknown. 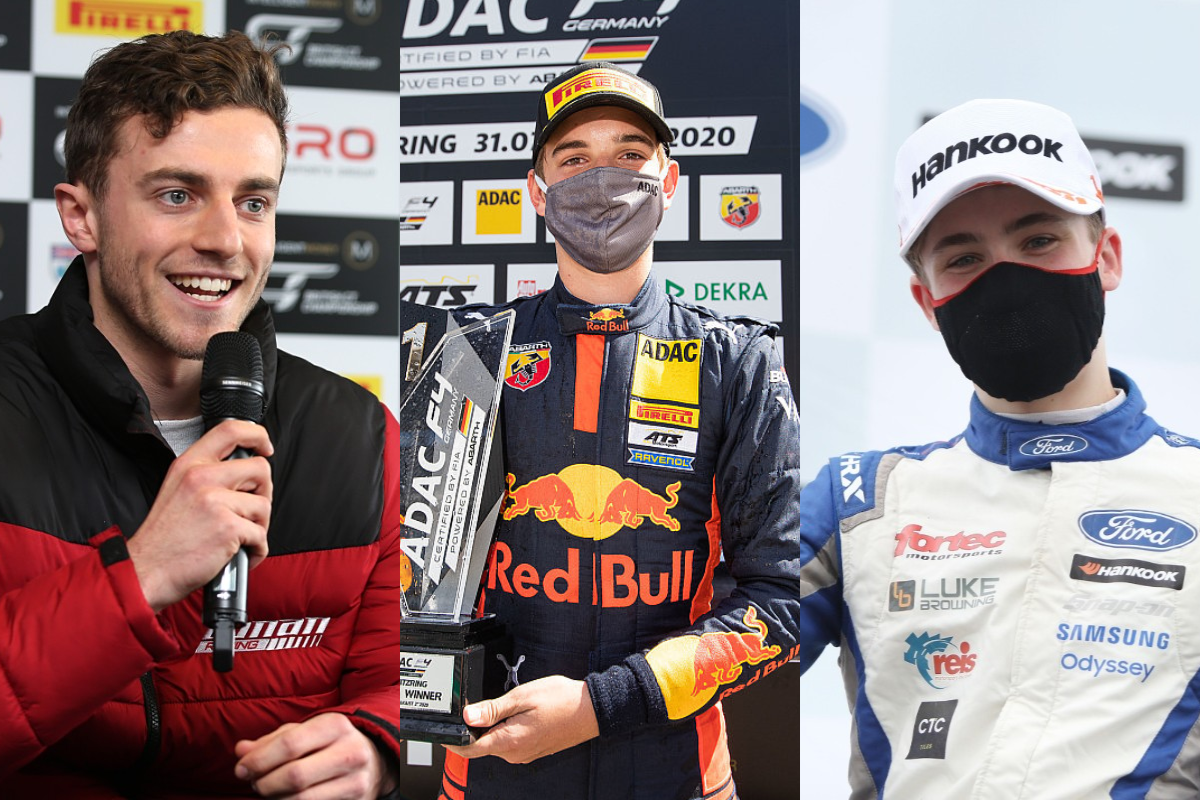 Red Bull’s second-year F4 racer is bound to become ADAC F4 champion, although the title battle could very much swing against him in the remaining rounds, as he’s usually been the quickest and the most exciting driver to watch in the series. He can win races from the front and the midfield, and his part-time Italian F4 campaign has shown even more of that against his Van Amersfoort Racing team-mate Jak Crawford and Prema’s leading rookie Gabriele Mini. Both of the Red Bull-backed VAR drivers got the call-up for FIA F3 post-season testing, and didn’t look fazed with the leap in machinery.

Browning has the same off-track ability as Prior in being an entertaining talker, and after one-and-a-half seasons in British F4 we already know he is blindingly quick. Think early days Callum Ilott. His racing intelligence has improved significantly since making his mark with a charge up the order to win twice (on-track) in his debut weekend, but the targets he’s been set for 2020 is to win as much as he can, and ensure he scores the next biggest amount of points after that. How’s that been going so far? 12 podiums in 20 races, and five wins after his most recent was removed by a penalty. That he stuck with F4 this year rather than F3 was primarily down to budget, but his small title lead suggests there’s still more work to be done to be a well-prepared driver for the next steps.